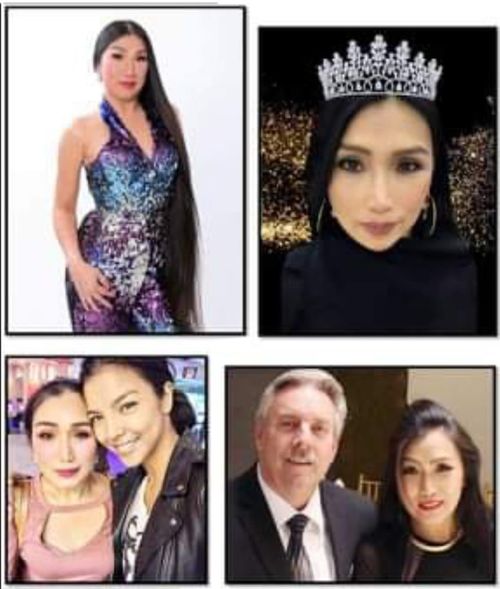 True to her blood, she placed second runner-up in the Mrs. Abu Dhabi pageant in 1997.

Jane, however, joined the pageant circuit not for the glamour but for its charitable causes.

That’s why her title as Mrs. Noble Advocacy Queen 2019 couldn’t be more apt.

Born in Maasin, Southern Leyte, Jane and her family moved to Metro Manila, where she grew up and studied at Far Eastern University, and the MMC for her medical technology degree.

Even at a young age, and from a family of means, she is fondly remembered as someone who shares whatever she has, especially food – and this habit stayed on.

As the reigning Mrs. Model Mom Universe (MMMU), Jane is a charitable person and willingly helps, quietly, most of the time.

The MMMU believes there is beauty in helping people, and “I believe in a platform that helps others in need,” said the 53-year-old mother of four.

As a continuing gesture, she is extending her generosity to the Badiang Elementary School in Maasin, Southern Leyte, where her mom used to teach.

Married to John Knof, a retired aircraft engineer, the couple live in Clearwater, Florida. Jane has been invited to be part of pageant jurors in Dubai, Bahrain, Missouri, Kansas, and the Philippines.

She is the second appointed titleholder to wear the MMMU crown, following the footsteps of Malaysian queen Claire See who blazed a beautiful trail in 2019.

The next MMMU local and international pageants will unfold in the last quarter of 2021.

Obama, Springsteen team up for podcast