JUST like everyone else, social media stars, vloggers, musicians, artists, and performers find ways to cope during these trying times. Most of them raise funds to help frontline heroes in the battle against the pandemic. For some, the digital wave becomes a platform to help boost productivity from home.

Rising Instagram star and chef, Edward Bugia had a live Facebook kitchen experiment as he turned a simple pancit canton into Pad Thai.

Adding a dash of creativity, Bugia cooked a homemade Shrimp Pad Thai using two packs of pancit canton. He also made his own pad Thai sauce using the Pancit Canton packed condiments while adding a few more ingredients in the mix.

While he cooked his innovated pancit canton, Bugia engaged with his audience as he promised more live cooking sessions for them.

Bugia finished off his delicious Pancit Canton-turned-Shrimp Pad Thai with a wonderful plating as he enjoyed the taste of Thailand with his beautiful wife Trixie. 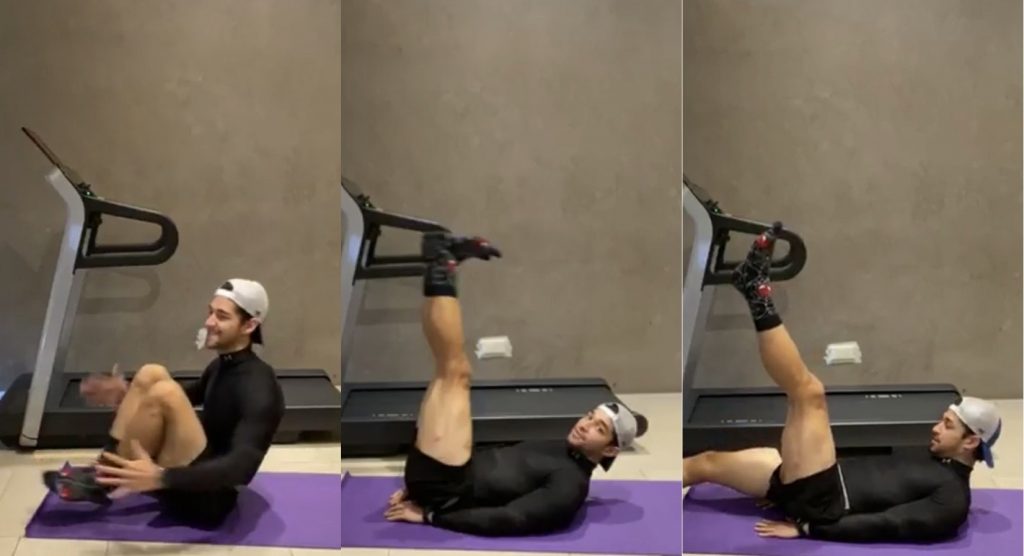 He had a 15-minute ab-workout which consisted some fat-burning moves, including leg raises, the Russian twist, side plank and reach through, and toe reach among others.

According to Dasovich, exercising and eating the right nutrients can help boost the immune system. He also shared some fitness and health tips, including intermittent fasting and autophagy.

For Dasovich, exercising is just one of the many ways to improve productivity at home especially during the quarantine period. “In a time of crisis, how we respond to situations is what defines us,” Dasovich said.

Webinar for tips on personal finances and savings