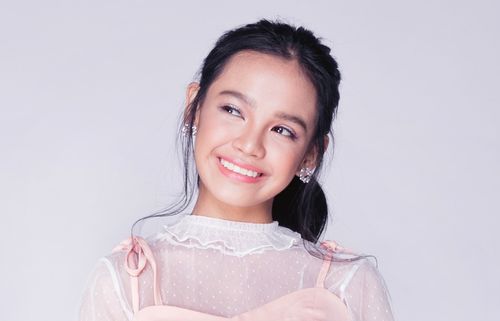 “I was kind of worried if people would like it since it’s different from my other singles. But when I started receiving and seeing comments about my song, it was such a relief that people liked it,” the young artist shared.

“Sabihin Mo Na Lang Kasi” is unlike the “Idol PH” winner’s earlier releases, as it tackles not the bliss of young love, but its looming end. It’s a brave take on an impending breakup, with the singer provoking her partner to be honest about what he truly feels about their relationship.

Prior to her latest single, the talented vocalist sang the theme song of the Star Cinema film “James and Pat and Dave” with her catchy version of Gloc-9’s “Simpleng Tao,” which succeeded her third release, “Pangako Ko.”

Meanwhile, Zephanie teased upcoming projects that she will be busy with for the remaining months of 2020, including the possibility of reviving more OPM songs due to the success of her YouTube song covers.

“Before I had my original songs, doing song covers on YouTube was something I usually did and it’s amazing that people can discover or listen to anyone who wants to share their own version or style of a song,” she explained. “I want to try my best to be one of the artists who keeps our OPM alive.”

‘Tungcab can readily make an impact’