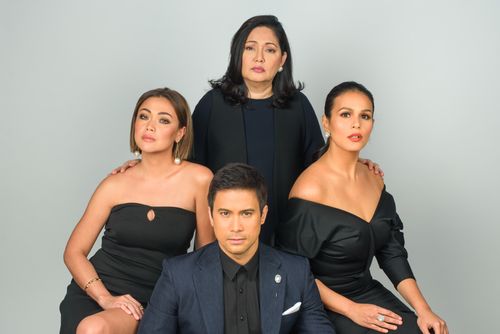 Kapamilya teleserye “Ang Sa Iyo Ay Akin” elevates its fans’ online viewing experience as they can now catch the series’ stars live and get a chance to chat with them in “Ang Sa Iyo Ay Akin: Unscripted,” every Monday and Friday on Kapamilya Online Live.

“Ang Sa Iyo Ay Akin: Unscripted” streams during the series’ commercial gaps on Kapamilya Channel and features the cast reacting to each episode while interacting with the live viewers.

Apart from being the first Kapamilya teleserye to fully launch on digital, the series is also a hit among netizens, constantly earning praises every night.

“It took a long time for me to watch an ABS-CBN teleserye. ‘Ang Sa Iyo Ay Akin’ is one of their best dramas, and not to mention, it has brilliant actors,” netizen @isaiahsinio_ tweeted.

“’Ang Sa Iyo Ay Akin’ is so good. Congrats to Iza and Jodi. This is the teleserye you can’t watch on free TV, but I am loving it in its new platform,” said another fan @CG14635141.

“I just love how Jodi Sta. Maria is attacking her role in ‘Ang Sa Iyo Ay Akin’! The aura is so different. The character transformation is too fast but the story is getting interesting now that Marissa is back IN THE FLESH with bitterness,” said Twitter user @MShynh.

Meanwhile, Marissa (Jodi) continues to plot her revenge against Ellice (Iza), and the first casualty of her wrath was the latter’s unborn child after she had a miscarriage. Despite the grief she feels for her former best friend, Marissa will take this opportunity to create more cracks on Ellice and Gabriel’s (Sam) dwindling marriage, and find her way to lure Ellice’s husband.

“Ang Sa Iyo Ay Akin” is under the direction of F.M. Reyes and Avel Sunpongco, and is produced by JRB Creative Production. It airs weekdays after “FPJ’s Ang Probinsyano” on Kapamilya Channel and Kapamilya Online Live.