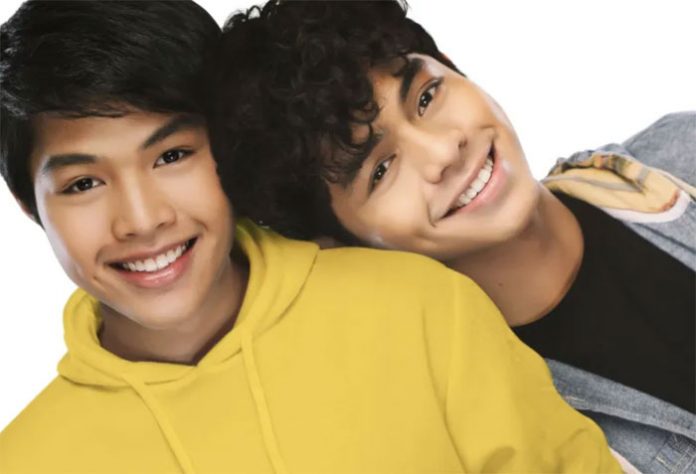 At the height of the pandemic, while everyone was in quarantine, the think tank of The IdeaFirst Company challenged themselves to create a series that can be shot remotely with everyone just in their respective homes. The result of this is a YouTube series called “Gameboys,” and without any fanfare or big promotions, it already hit over a million combined views after just 2 episodes – with fans not just in the Philippines but also in the USA, Europe and Latin America – and has started a new trend of Filipino “BL” (or “Boys Love”) series that has a global following.

“‘Gameboys’ is ultimately about love overcoming all boundaries – even physical ones set by our new reality,” says Jun Robles Lana, executive producer. “It is about two people who find each other at a time when they can only connect with one another virtually. I think that is what makes it so resonant with audiences around the world. We want to believe that you can still find love and companionship even in the middle of a pandemic.”

Starring Kokoy de Santos (one of the stars of the Cinemalaya hit, “F*ccbois”) and Elijah Canlas (the star of internationally acclaimed film, “Kalel, 15”), “Gameboys” is also the first Filipino series to ride the latest wave of successful Asian “BL” or “Boys Love” series that have been trending the past few months – the most recent hit being Thailand’s “2Gether

The Series” and now Korea’s “Where Your Eyes Linger.” Ivan Payawal, the director of “Gameboys,” admits being overwhelmed to see that this series is getting so much international love too, “I knew we had a show we can all be proud of, but it’s just overwhelming to see fans from around the world commenting and posting about it – a lot of them even creating reaction videos to chronicle how much they loved our episodes!”

The dialog in “Gameboys” is in Filipino but The IdeaFirst Company uploads it with English subtitles. But within hours of posting, the fans themselves contribute subtitles in other languages. To date, you can watch it with French, German, Spanish, Portuguese, Polish, Russian, Ukranian, Czech, Turkish, Korean, Thai, Indonesian and Arabic subtitles.

Episodes can be found on the YouTube channel of The IdeaFirst Company, the production company behind award-winning blockbusters movies such as “Die Beautiful” and “The Panti Sisters.”

Written by Ash Malanum and co-starring Adrianna So, “Gameboys” episodes are uploaded every week.

Huawei unveils the most powerful Mate line-up ever

Playing in bubble is UAAP option