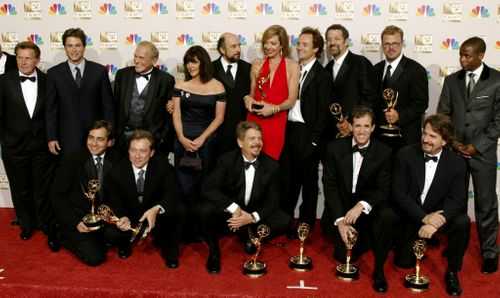 LOS ANGELES – The cast of television’s award-winning political drama “The West Wing” are getting back together for a special to promote voting in November’s US elections.

The one-off special will include new material by creator Aaron Sorkin and will air on streaming platform HBO Max ahead of the Nov. 3 elections to raise awareness of the nonprofit “When We All Vote” group co-chaired by former first lady Michelle Obama.

“This was a way to use us getting back together to make a statement about getting people out to vote,” Whitford told NBC’s “Today” show as he announced the reunion.

“The farther we get away from that show, I think I speak for everybody in the cast, the luckier we feel to have been able to be a part of a show that was such an amazing creative experience, and most importantly to me, celebrated a non-cynical vision of public service,” Whitford added.

“The West Wing” ended its seven-year run in 2006 after winning more than 20 Emmy Awards.

The special will feature a staged performance of an episode from the third season titled “Hartsfield’s Landing,” in which Bartlet plays chess with his close aides while awaiting the results of a state primary election.

The episode will be shot in Los Angeles in early October under social distancing and other coronavirus safety guidelines now being adopted by the film and television industry. – Reuters

Finding a worthy investment in a home