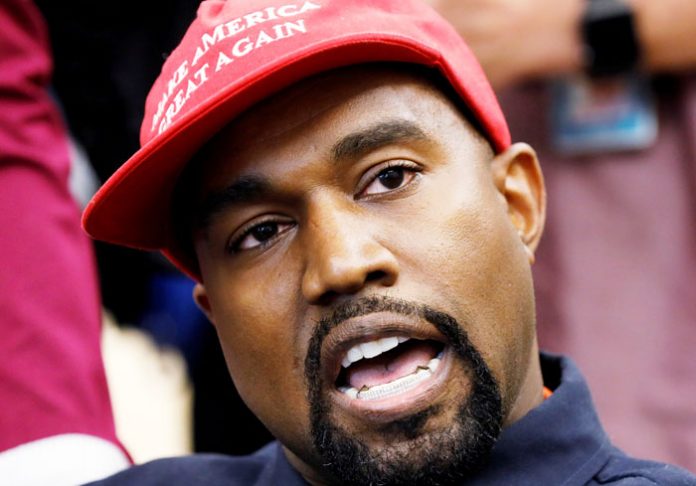 By Jill Serjeant and Kanishka Singh

Rapper Kanye West says he is running a serious campaign for the White House under the banner of a self-styled Birthday Party committed to a presidency modeled after the fictional nation Wakanda in the film “Black Panther.”

Forbes magazine published a story on Wednesday based on what it called four rambling hours of interviews with the 43-year-old musician and fashion designer who said he had dropped his support of US President Donald Trump.

West, who has said he has bipolar disorder, announced his candidacy for the Nov. 3 election in a brief tweet at the weekend, but he has yet to file any of the necessary paperwork to get on the ballot.

In the Forbes interview, West said he had never before voted in an election and had no campaign apparatus of any kind, but added: “Like anything I’ve ever done in my life, I’m doing (this) to win.”

In 2015 the “Gold Digger” singer announced his intention to seek the presidency but did not follow up. His wife Kim Kardashian at the weekend retweeted his latest announcement but has not commented since.

West’s Yeezy sneaker and fashion line has made him a billionaire but some of his interviews and speeches in recent years have raised concerns about his mental health.

Trump said in an interview with the Real Clear Politics news website on Tuesday that West had a “real voice.”

West, once one of the Republican Trump’s biggest celebrity supporters, told Forbes he was “taking the red hat off, with this interview,” referring to Trump’s trademark red “Make America Great Again” baseball cap.

He said he was calling his party the Birthday Party because “when we win, it’s everybody’s birthday.”

“I’m gonna use the framework of Wakanda right now because it’s the best explanation of what our design group is going to feel like in the White House,” he added.

West told Forbes he believed that Planned Parenthood groups, which provide reproductive healthcare and education, “have been placed inside cities by white supremacists to do the Devil’s work.”