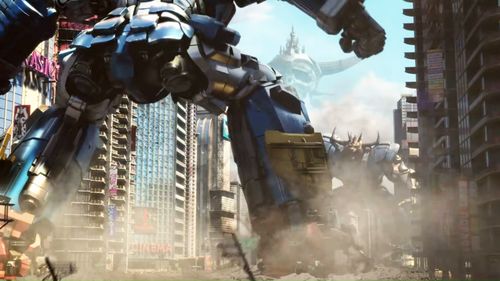 The one-minute trailer features a hyper-realistic and more enhanced computer graphics of Voltes V’s headquarters Camp Big Falcon where the crew and their vehicles were seen launching from the base on a mission to save the Earth from the Boazanian empire’s invasion.

The group’s leader Steve Armstrong was also shown leading his members and piloting the Volt Cruiser while shouting the show’s popular catchphrase “Let’s Volt In!”

The second teaser of GMA’s groundbreaking project by Entertainment Group has taken the internet by storm, gaining over 780,000 views on YouTube, almost 2M views on Facebook, and more than 800,000 views on Twitter since its release last Thursday (January 14).

Meanwhile, netizens and fans of the iconic anime series took to social media to express their excitement and approval over the much-awaited live-action adaptation.

A netizen on Twitter wrote, “GMA, thank you for doing your best on this one! I’ve got high hopes that this will live up to our expectations! Congrats and good luck sa Team V5!”

Another netizen on YouTube said, “World Class! I trust Mark Reyes will pull this off because he did an amazing job with Encantadia. This will be setting the next level of visual effects in the Philippines! Fantastic job, Kapuso!”

In a previous interview, the director of the project, Mark Reyes, confirmed that GMA Network has partnered with TOEI and Telesuccess. GMA also engaged the services of Riot Inc. Post Production along with GMA Post Video graphics team in handling the CGI and live action elements of the series.

Direk Mark shares that he and the rest of the team are beyond grateful for all the positive feedback following the recent release of the new trailer, “It’s very heart-warming that most are accepting of the hard work we have put in it. They have also noticed the upgrades we have made on the designs from the first teaser trailer. We are very thankful.”

The director also reveals the reason behind the materialization of this project, “It has been a 7-year journey for me to make Voltes V a reality. This is a passion project from someone who is a true fan. Someone who grew up believing in the overall theme of Voltes V which is family, love, and fighting for good. And without GMA, this would still remain a pipe dream.”

December of last year, Reyes teased fans with anonymous photos of artists who are set to portray the characters of Steve, Big Bert, Mark, and Jamie during their costume fitting. The official date of the launch and the final cast members of “Voltes V: Legacy” have yet to be announced.