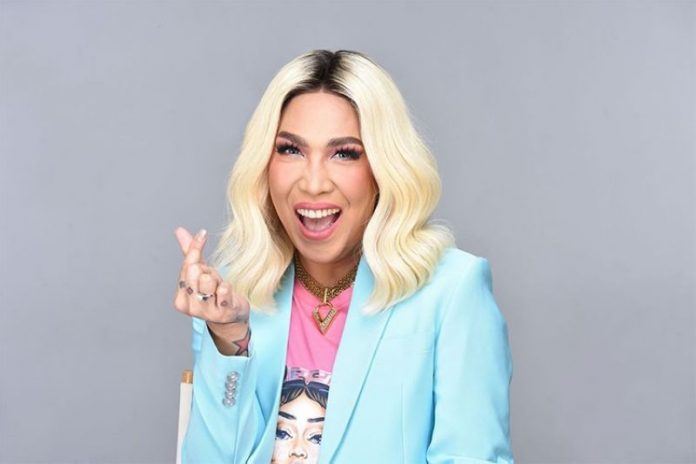 In the midst of the pandemic, comedian-host Vice Ganda is launching his own network. The Vice Ganda Network will officially start on July 24. Fans can access it by registering on the website www.viceganda.com.ph. In the site, there will be exclusive Vice news, beauty tips and contests where subscribers will get the chance to win giveaways.

In a Zoom press con organized by Vice’s home studio, Viva Films, he said that he had thought about starting his own network for quite some time.

But it was at the start of the lockdown, the first time he had a “Gabing Gabi Na Vice” that gave him the impetus. That particular stream garnered over a million views and got over 1.5 million comments!

But before it became a reality, he made sure to get the thumbs up of his ABS-CBN bosses and even got advice from several showbiz veterans, such as Viva boss Vic del Rosario and Deo Edrinal. He said he is thankful to receive wise counsel and encouragement from old hands in the industry.

So now Vice Ganda Network will have the flagship weekly program, “Gabing Gabi Na Vice,” where Vice can feature not only friends from ABS-CBN but also Heart Evangelista or Dingdong Dantes and wife Marian Rivera, since the show is not limited to any network.

There will be a regular timeslot for the shows, including a ten-episode sitcom. Some parts of his house have been transformed into studios, and a townhouse has become the setting for the network’s sitcom.

Aside from the obvious challenges of shooting during a pandemic where social distancing is strictly implemented and there are a lot of restrictions, putting up your own network is a huge responsibility to take, he acknowledged.

Vice has admitted to feeling discouraged, disheartened and depressed by the pandemic and the closure of ABS-CBN. He even stopped shopping to make sure that he has provisions during this time when showbiz work has practically halted. But then, the show must go on.

Vice Ganda Network, he said, will employ some of his friends who lost jobs – like stand-up comics affected by the closure of comedy clubs and former ABS-CBN workers. Because talent such as Vice’s – and those of the unfortunate souls who have lost their livelihood – is hard to stifle. And Vice is back on his feet – creating, conceptualizing, shooting and producing content.

Rabiya has a fighting chance for the Miss Universe crown