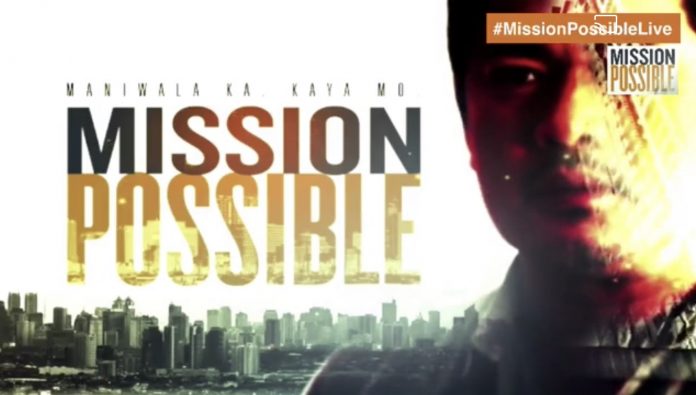 Days are fun and brighter as Filipinos get to bond again with the “UKG” barkada and other anchors of ABS-CBN News and Current Affairs, including Julius Babao, Gus Abelgas, and Anthony Taberna.

Just like “TV Patrol,” ABS-CBN News and Current Affairs shows are delivering new content on Facebook to continue serving and guiding Filipinos and loyal viewers of the Kapamilya network.

Join the fun conversations of Anthony Taberna, Amy Perez, Jorge Carino, Winnie Corder, Jeff Canoy, Ariel Ureta, Gretchen Ho, and Ariella Arida with other members of the UKG Barkada every weekday at 7 a.m. on the Facebook page of “Umagang Kay Ganda.” Enjoy the insightful talks, exciting adventures from the past, and useful tips on how to keep the entire family safe and healthy during these hard times. Netizens definitely missed “Umagang Kay Ganda” as the program’s first livestream recorded over 345,000 views last week.

Viewers can also catch new stories from Julius Babao on the Facebook page of “Mission Possible” every Friday at 5:30 p.m., where he puts the spotlight on ordinary Filipinos who continue to fight amidst life’s challenges. During its first livestream, the show introduced viewers to Tatay Erning Ofredo, a construction worker who walked for six hours to get to work during the Modified Enhanced Community Quarantine (MECQ). Through the program, Tatay Erning was given a bicycle, while his family received relief goods.

Meanwhile, Gus Abelgas’ stories about crime such as the quest for justice for Len Mark Hermosa and the escape from danger of a family whose home was invaded by a construction worker during quarantine, are also available on the Facebook page of “SOCO.” The iconic show drops new episodes on Facebook every Saturday, as well as short features on Tuesday and Thursday.

Anthony Taberna’s “Kuha Mo” is also relentless in showing videos that open the public’s eyes and hearts such as the story of a female cop who is unable to be with her child while working as a frontliner during this pandemic. The program also posted a story of a motorcycle that burst into flames and other incidents caught in camera that remind people to be safe and avoid harm. New “Kuha Mo” episodes are posted every Saturday at 5 p.m., while shorter stories are also posted Sunday and Monday.

As for news, Ted Failon, Bernadette Sembrano, and Noli de Castro continue to deliver the biggest headlines on weekdays via “TV Patrol,” while Alvin Elchico and Zen Hernandez team up to keep viewers updated on Saturday and Sunday via “TV Patrol Weekend.”