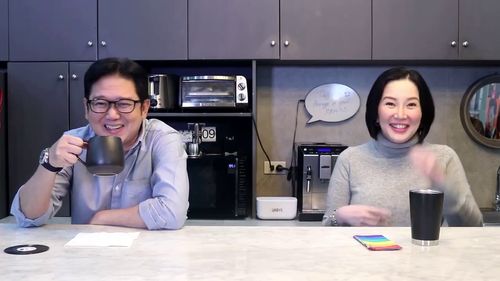 The video was posted on Kris’ social media accounts with the caption: “7 years after. Presented by Cornerstone Entertainment Inc. Happy Sunday… Happy #friendzone.”

It was evident that the chemistry is there, and with the ease by which they expressed their opinions, plus their level of experience, maturity and wisdom, it seems it would be interesting to see the former sweethearts together in a similar freewheeling talk show. Below are excerpts from their “He said, She said”:

For the first question, “What is love?,” Kris said: “I didn’t believe my mom before but now I do. She always said that for you to be loved it has to bring out the best in you. Love should make you want to be a better person and you should want that person to shine.”

“Parang ganu’n, you have to give most of yourself to the person you love,” Herbert explained.

“But because nga dahil love mo, it doesn’t feel like sacrificing anything,” Kris said further.

“I didn’t hear that,” insisted Kris.

When asked if they believed in second chances, Kris vehemently said “No!”

“You have to be married, I’ve been married,” Kris insisted. “So, sabihin ko lang na ilang times kong tinry? You know when it’s broken and I said this also, once is broken, the people trying to pick up those broken pieces and up na pareho silang sugatan. So, pag basag na talaga let it go.”

“I don’t think it is love,” insisted Kris.

“Then why marry when it is not love?” Herbert said.

“Because I wanted to…,” said Kris.

Herbert quickly followed this up with “Because you wanted?”

“I wanted to be married lang,” Kris replied.

“Sabi mo sacrifice, but it shouldn’t feel like a sacrifice. But there were portions that I really felt I was sacrificing,” Kris admitted.