AMONG the popular young love teams right now, only “LizQuen” of Liza Soberano and Enrique Gil are active since they have “Make It With You,” even if it’s airing because ABS-CBN has stopped operation. 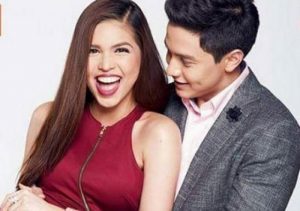 The “AlDub” tandem of Alden Richards and Maine Mendoza has long gone kaput after Maine wrote an open letter telling their fans that they are just a love team on screen and were never really on in real life. Alden has since been paired with Kathryn Bernardo in “Hello, Love, Goodbye” (a megahit) and Maine with Carlo Aquino in “Isa Pa Feelings” (not as big a hit).

Alden has also gone solo in such TV shows as “The Gift,” “All Out Sundays” and “Centerstage.” Pundits now say that if they just willingly rode on the wave of popularity of their love team, they’d both still be very popular up to now.

“Eat Bulaga” is currently reviving their once top-rated “Kalyeserye” starring Alden and Maine, and let’s see if it would do wonders in reviving the public’s erstwhile interest in the “AlDub” tandem. 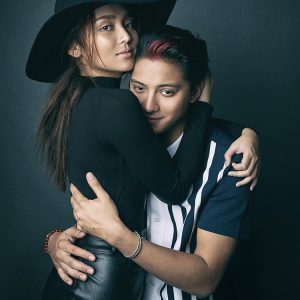 As for Kathryn Bernardo and Daniel Padilla, they’re very open in admitting that they’re really in a relationship, sending their fans to high heavens. They’ve confessed that they have been officially going steady for eight years now. They have even talked about their possible wedding and they hinted that they both prefer it to be a beach wedding.

In terms of projects, fans are clamoring for them to have a new series since their last one aired three years ago, “La Luna Sangre.” Kathryn has been accepted even if she’s not paired with Daniel and proved that she can go solo in “Hello, Love, Goodbye.” It’s said Kathryn and Daniel will be paired in another Cathy Molina movie, tentatively titled “After Forever.”

But as of now, Daniel has also completed a new movie without Kathryn. This is a prestige project about the Yolanda disaster entitled “Whether the Weather is Fine,” the full-length film directorial debut of award-winning film editor Carlo Manatad. Daniel co-stars with Charo Santos and they play mother and son struggling against the killer typhoon that hit Tacloban City a couple of years ago. We heard it has already been accepted by a major international film festival and this would definitely be a big plus for Daniel’s acting career.

The love team that has really lost its luster is “Jadine.” After James Reid left Viva and Nadine Lustre threatened to follow suit and then admitting they’ve broken up, their careers both took a nosedive. The public generally do not like stars who are considered ingrates.

There have been rumors that they will be doing new projects separately, but they both haven’t been seen on TV or the big screen for so long now. Nadine has also proven that she cannot go solo. She was paired with Carlo Aquino in “Ulan” and with Sam Concepcion in “Indak” and both movies are dismal flops. As for James, we all know there’s truth to the saying that “out of sight, out of mind.”