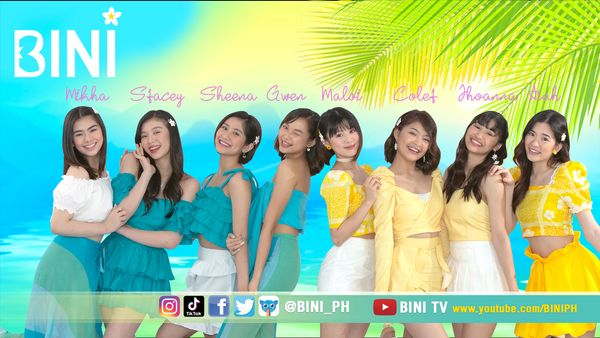 From the 250 hopefuls, eight vibrant young individuals who embody the idea of a modern Filipina – sweet, fierce, independent, and informed – have emerged to become the faces and voices to watch in the growing musical genre.

MU Doctor collaborated with Korean musical producer VO3E to transform “Da Coconut Nut” from novelty to a dance ditty worthy of the P-Pop scene.  Korean dance coaches Moon Yeon Joo and Kwan Seong Chan, who have worked with big names such as BTS, Twice, Red Velvet, and Seventeen, helped with the group’s choreography.

Watch out for the debut of the song’s music video on November 20 on BINI TV, the group’s YouTube channel.