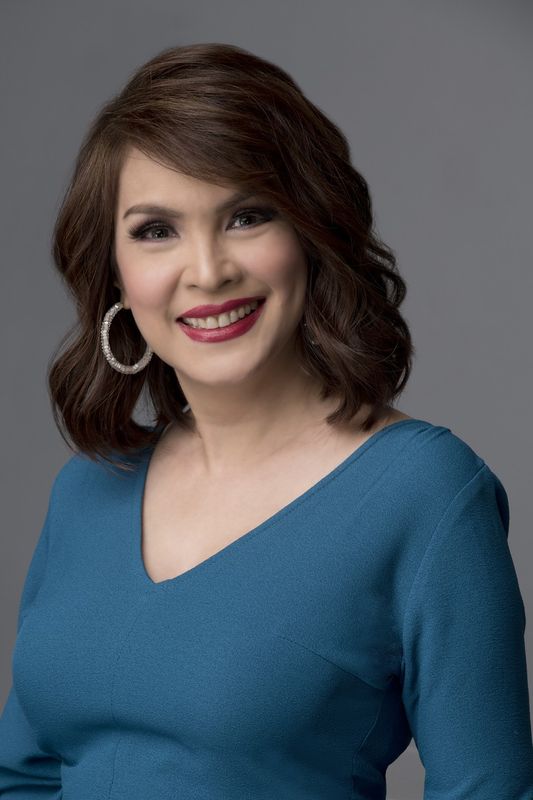 The song likens the agonizing separation of two people in love to an endless goodbye which perfectly complements the complicated relationship of exes Celine (Angelica) and Emman (Paulo) who were brought together again because of a predicament that involves their son after a painful past that pushed them apart.

Originally written and performed by contemporary pop music icon Joey Ayala, the passionate track now adds more fire to the riveting and heart-pounding moments of the series, which is broadcast on the Kapamilya Channel and streamed live via Kapamilya Online Live and iWantTFC.

“Thank you so much for all the wonderful feedback on #WalangHanggangPaalamOST. Takes all the exhaustion away and makes my heart happy,” the Kapamilya singer shared on Twitter.

Aside from Erik’s solo version, young singer-songwriter Lian Kyla also released her own version of the song, while she and Erik teamed up to sing a duet version which brought out their respective heavenly and powerful vocals.

“It’s the ‘Ber’ season again, time to prepare for the much-awaited celebration of the year, Christmas,” she teased.

The cheerful song, which details many of the beloved Filipino Christmas traditions like hanging a lantern, gift-giving, Noche Buena feast, and night mass, is a perfect kick starter for the onset of the Yuletide season which starts during the ‘Ber’ months in the Philippines.

Although the celebration will be arguably different this 2020 compared to the previous years, Jamie hopes that the song still sets Filipinos’ sights on what is really important during the Christmas season.

“Let us be reminded that the gift of love will always be the same and even in the new normal, the joy of giving will stay and will remain,” she explained.

“Ber Months Na Naman” was written and produced by Jamie, while its music was composed and arranged by Denis Quila.

This Saturday (October 10), an exciting new twist is coming to GMA Network’s award-winning family sitcom with the launch of “Pepito Manaloto: Kuwento, Kuwento!”

“Pepito Manaloto: Kuwento, Kuwento!” is the latest brainchild of the show’s concept creator, creative director, and lead actor, Michael V. It’s a new storytelling format where Kapuso viewers are treated to several mini-stories in one episode, highlighting the wacky and entertaining situations in each beloved character’s day.

In first mini-story this Saturday, Pepito (Michael V.) purchases an expensive new gaming speaker system online without telling Elsa (Manilyn Reynes). Lucky for him, Elsa is busy scheduling a mani-pedi session with Deedee (Jessa Zaragoza). Chito (Jake Vargas) finds out about the new gadgets and wants to try it out with Pepito.

The second mini-story follows Patrick (John Feir) and Robert (Arthur Solinap) who are supposed to be picking up Baby (Mosang) from the store. Patricks starts to feel hungry and suggests that they grab a bite first. From fishball to corn on the cob, Robert rejects all of Patrick’s suggestions because he’s on a diet.

And in the third mini-story, Tere (Cherry Malvar) invites Vincent (Tony Lopena) to join the dance contest in their upcoming online office party, where the only rule is to base their steps on viral TikTok videos. Vincent declines even after hearing that Pepito will give a cash prize of P20,000 to the winner. After Tere sells some of her beauty products to Deedee, she can’t seem to find Vincent. OPM giants Yeng Constantino and Erik Santos will guest on the third episode of Rated Global Pinoy, an online series presented by PLDT Global Corporation’s Free Bee.
In the episode, aptly titled “Overseas Pinoy Music”, Constantino and Santos will spend an hour serenading Filipinos in the United Arab Emirates, United Kingdom, Philippines, and the rest of the world with hugot songs through Facebook Live. The artists will also share their insights on how music can become a source of strength, hope, and inspiration for Filipinos who are working abroad and are away from their families.
Just as OPM music fills the longing for home, the Free Bee mobile app bridges the distance between OFWs and their families through high-quality IDD calls to the Philippines for free, so that they can call home every day and catch up with their loved ones in their native tongue.  The internationally recognized ad-sponsored VoIP solution is available in over 180 countries. Free Bee is offered by PLDT Global, the international arm of the Philippines’ largest and only integrated telco PLDT.
Rated GP is part of Free Bee’s broader effort to keep global Filipinos connected to their country and their loved ones.
Filipinos here and overseas can catch this new episode on Sunday, October 11, 4 p.m. on www.facebook.com/freebeecalls.

Last Saturday, October 3, Shaira Diaz starred in the first episode entitled “Viral Frontliner: The Lorraine Pingol Story,” which showcased the real-life struggles of a nurse who recently went viral online after helping a street dweller give birth. She was joined by Yayo Aguila, Luis Hontiveros and Anthony Rosaldo.

This October 10, #MPK airs “The Lockdown Wife,” another timely story of a battered wife who was stuck at home with an abusive husband during the community quarantine.

At first glance, Lorie and Dexter were a happily married couple. To fulfill their dream of having a child, Lorie decided to quit her job and stay home, while Dexter continued to work and provide for their needs. But over time, Dexter began to change and was convinced with the idea that Lorie is his “possession”, one that he could hurt and do anything to.

Headlining the episode are Bea Binene and Martin del Rosario, together with James Teng and Maritess Joaquin. “The Lockdown Wife” is directed by Rado Peru.

On October 17, love takes on a surprising turn in “Sign Language of Love,” which stars Thea Tolentino and Jeric Gonzales as Jessica and Louie.

Jessica is a teacher in a school for the deaf where she meets and falls in love with her student, Louie. More than the communication barriers between them, they will face the unforgiving and discriminating judgment of the people around them.

To better portray their roles, both Thea and Jeric underwent a series of workshops to learn sign language. The episode is under the direction of Don Michael Perez.

On October 24, #MPK showcases the inspiring story of Lairca Nicdao, a gold medalist at the 2019 World Para Dance Sport Championships held in Germany. After surviving cancer, Lairca did not let having a prosthetic leg and being bullied for most of her life hinder her from reaching her dreams and becoming the country’s newest Junior World Para Dance champion.

For the final Saturday of the month, a special Halloween presentation will be aired on October 31 with the haunting tale of a woman who grew up being sexually abused in her sleep by a maligno. As a child, Mayet has always been able to see otherworldly elements, but things get even more frightening for her when the shadow that she sees and harasses her when she goes to bed followed her until she grew up.