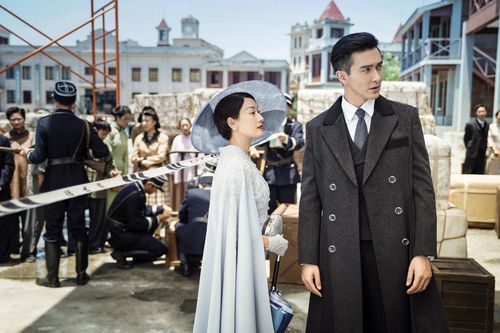 PINOYS will now get their daily dose of mystery, courtesy of HBO GO this coming October. The brand-new HBO Asia Original series “Miss S” will premiere from October 5 with two-episodes airing every weekday exclusively on HBO GO. The 30-episode hour-long detective drama is a Mandarin adaptation of the globally popular “Miss Fisher’s Murder Mysteries.”

Set in 1930s Shanghai, the series stars award-winning actress Ma Yili as the eponymous protagonist, also known as Su Wenli, a beautiful and witty socialite who forms an unlikely crime-solving duo with the righteous and serious inspector Luo Qiuheng played by Vengo Gao Weiguang. Despite their opposing personalities, they manage to crack numerous cases together and share an undeniable chemistry. But the mysterious disappearance of Su Wenli’s younger sister a decade ago continues to haunt her and she will not rest until she finds the truth.

The series begins with Su Wenli’s return to Shanghai after studying abroad in Paris. While visiting her old schoolmate at her home, the husband of Su Wenli’s schoolmate is found dead. To the ire of inspector Luo, the independent, ever curious and perseverant Su Wenli interferes with the investigation as she tries to find answers to the murder herself.

ABS-CBN’s hit series “A Soldier’s Heart”’s brings the conflict between blood brothers to a dramatic and bloody conclusion this week but love of family and unity will prevail.

Alex (Gerald Anderson) and Elmer (Vin Abrenica) finally agree to pursue justice for their fallen father despite being pulled apart by tragedy and personal differences.

With the help of their band of brothers — Abe (Carlo Aquino), Michael (Nash Aguas), Benjie (Yves Flores), Phil (Jerome Ponce), Jethro (Elmo Magalona), and Lourd (Sue Ramirez) — the two get close within striking distance of the Saal (Sid Lucero) and his men.

But on the brink of a fatal clash, Alex is overcome by love of family and tries to convince Saal that it isn’t armed conflict that will bring them the freedom they have fought for.

Viewers can catch “A Soldier’s Heart” weeknights on Kapamilya Online Live and Kapamilya Channel at 9:20 PM, and on iWantTFC. Just download the app on Google Play or App Store, or visit iWantTFC.com.

At the height of the quarantine, two home activities became huge trends among Filipinos on social media–cooking/baking and dancing on Tiktok. From must-try bread recipes to bopping to the latest dance hits, people proudly and happily posted about their newfound hobbies as a way of coping with the pandemic.

It features an easy-to-follow dance, with a signature moves called “Adobo Bounce, Pakswing and Sinangag Shuffle,” everything was set to a catchy and upbeat tune. The jingle, titled ”Oh, so Swanderful,” highlights the Filipino family tradition of passing down recipes to the next generation as the lyrics sing, “Ang sabi ni Nanay, basta lutong bahay, masaya ang buhay.”

As of early August, #SwanderfulMoves has already raked in over 22 Million views and at least 18,000 posts tagged under #SwanderfulMoves. Meanwhile Silver Swan’s Tiktok account, now has 112,400 followers and about 323,000 engagements have been recorded on the “Oh so Swanderful” official music page.