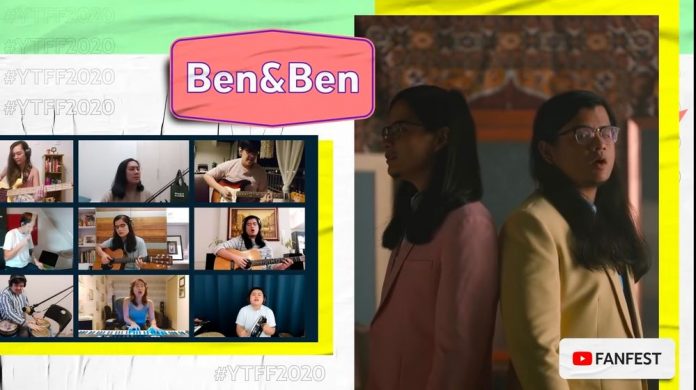 The search for the country’s next representative to the most prestigious beauty pageant in the world and worthy successor to Gazini Ganados culminates in the coming Miss Universe Philippines preliminary and coronation nights on October 23 and 25, respectively.

Pageant fans worldwide can watch the whole journey of the aspiring beauty queens with the commercial-free live stream of the two events on KTX.PH, the newest digital events platform that offers exciting online experiences.

Watch 51 candidates strut down the Miss Universe PH stage in their swimsuit and evening gown during the preliminary night this October 23 (Friday).  Come October 25 (Friday), fans can catch the crowning of the country’s next representative to the Miss Universe 2020 pageant.

Fans can buy their tickets for only P99 to watch each of the two separate events with no interruptions. Access to the livestream also comes with a chat feature, which allows viewers to interact with each other and voice their opinions about their bets as the pageant unfolds.

There’s no stopping the creative energy of the YouTube community as the most loved, biggest content creators from Asia Pacific and around the world, and their fans gathered together for the first virtual YouTube FanFest. The event was live streamed via the official YTFF YouTube channel.

“YouTube FanFest is one of our most well-loved, much anticipated events in the Philippines. And while we can’t host a physical event this year, we’re glad that this special virtual edition was able to bring us all together to enjoy performances and spread positivity, and celebrate that special bond that the community has built,” said Google Philippines Marketing head Gabby Roxas.

It truly was a weekend to remember as #YTFF2020 gave fans many reasons to love the show:

Bigger, bolder, best seen on a screen. Showcasing the creative ingenuity of the creator and artist community in Asia-Pacfic, the show featured over 150 creators and artists from across the region, as well as special appearances from global YouTube stars like Alex Wassabi and the Merrell Twins who looked back on their favorite YTFF moments.

Celebrating the life, legacy of beloved creators. The Philippine segment started with a fitting tribute to two pillars of the Philippine YouTube community, Lloyd Cadena, fondly known as Kween LC, and Emman Nimedez. Through their videos and by sharing their talents and love with their fans, they were able to inspire millions of people across the globe.

Festival of feels with Ben&Ben. Liwanag, as the Ben&Ben fandom is called, was in full support of Ben&Ben as their favorite nine-piece folk-pop band joined YouTube FanFest stage for the very first time. The multi-awarded band serenaded viewers and performed their hit songs “Lifetime” and “Pagtingin,” making viewers feel all the feels.

Powerful performances. FanFest favorites Ranz Kyle and Niana Guerrero wowed their fans with their special performance of You Can Do It, Great Day, and Dip, even featuring their youngest sister and internet darling Natalia Guerrero.

Breakout internet star Mimiyuuuh also took over everyone’s screens with a special performance of her first song, DYWB. Missing the Philippines, Fumiya / FumiShun Base prepared an inspiring song reminding everyone that “no matter how tough things are, you are not alone.”

Boy band sensation SB19 also made their mark as they made their YouTube FanFest debut this year, with an electric medley of their songs including Love Goes and Go Up, as well as a killer dance break.

Known for her awesome dance covers, AC Bonifacio showed off her killer moves and danced along to ITZY songs “Not Shy” and “Wannabe.”

Creative collaborations. The Philippines’ very own makeup mavens Raiza Contawi and About RAF, dancer Ken San Jose, and gaming star Alodia Gosiengfiao were also featured in special segments where they collaborated with fellow YouTube creators from other countries.

Not shy with ITZY. Superstar K-pop group ITZY closed the show and got viewers dancing along in an exciting showcase of their hit songs and empowering anthems of self-love, “Not Shy” and “Wannabe.” Their fandom, known as MIDZY, was also “not shy” in giving their all-out support to their favorite confident quintet.

The first ever virtual YouTube FanFest was co-presented by Globe and Piattos.

The COVID-19 crisis has made Filipinos dependent on social media to find out about information they need – from open stores, commuter updates, to discounts, and deals.

Even the country’s celebrities are on the lookout for reliable information, with some of them already joining the community of netizens exchanging information with one another using the public service app Sharea.

“It provides verified and hyperlocal community information on things that we need especially during this pandemic – health, safety, transportation, available jobs, volunteer work, deals and discounts, and ganaps,” Gretchen tweeted her experience.

Alex said he likes Sharea because it isn’t toxic and that it’s “user friendly.”

In a video, “Momshie” Jolina also encouraged Filipinos to participate in the online bayanihan using the app.

A Filipino-made app, Sharea enables users to view reliable information on its Bulletin Board that are customized based on their chosen location or area, which is very useful considering that quarantine protocols highly encourage citizens to stay at home. Users can also share and find out more about what’s happening in their barangays in the Community Wall.