ABS-CBN public service program hosted by Angel Locsin, “Iba ‘Yan” has found more ways to help Filipinos as it launched its digital show “IbaYanihan,” which reiterates its call to help those who are greatly affected by the pandemic on Kapamilya Online Live.

Streaming during commercial gaps, “IbaYanihan” features Kapamilya artists talking about the inspirational stories shown on “Iba ‘Yan” while providing ways where people can send donations and other forms of assistance from their homes.

One way is by donating through the ABS-CBN Lingkod Kapamilya Foundation’s BDO Account 005630050932 (Mother Ignacia branch). Donors can also send their donations via GCash to the same bank account.

On the show’s first streaming last August 23, Robi Domingo encouraged viewers to donate to Wipe Every Tear, an organization which helps women and children who are victims of human trafficking. On August 30, Dimples Romana, appealed for more funding for Nanay Ligaya Piadoche’s recently opened charity for frontliners.

Apart from the heart-wrenching stories, the digital show also features inspiring performances from Kapamilya singers. In its last episode, Angeline Quinto sang her heart out by performing a touching OPM song.

ABS-CBN turns to digital to find the ultimate bida star 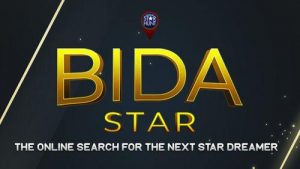 Out of thousands of aspiring talents, 50 were selected to enter the competition and go head-to-head for a chance to take home the P25,000 prize and to star in their own short feature alongside a Kapamilya artist.

Fans can vote for their bets by sending KUMU virtual gifts or by logging in to ktx.abs-cbn.com. At the end of the week, the star dreamer who will get the lowest number of KUMU virtual gifts and lowest score from the mentors will be eliminated from the competition.

Produced by TVDG, “Bida Star” is the latest digital initiative of ABS-CBN following the recent launch of Kapamilya Online Live that streams its new and well-loved shows live and on-demand, the TuTuBee channel on YouTube for kids, digital events on KTX.ph ticket portal, and more original digital offerings such as Online Kapamilya Shows (oks.abs-cbn.com), Star Cinema’s “We Rise Together,” and For Your Entertainment channel on the Kumu app. 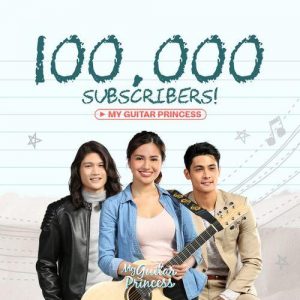 Two years after it became a mid-morning TV habit, the hit musical rom-com series “My Guitar Princess” achieved a milestone as it recently reached 100,000 subscribers on online video platform YouTube.

Julie Anne San Jose stars in “My Guitar Princess,” first aired on television in 2018. It tells the story of Celina (Julie Anne) and her dream of becoming a singing sensation. Joining Julie Anne in the GMA Public Affairs-produced series were Sheryl Cruz, Gil Cuerva, and Kiko Estrada.

The official YouTube channel of “My Guitar Princess” features some of the show’s kilig episodes, songs, exclusive videos, behind the scenes, and song covers, among others. Some of the songs that viewers fell in love with included the hit “Walang Kapalit,” the ear candy “Is it Love?”, and the solemn piece “Maghintay.” Through the show’s YouTube channel, netizens get to relive the kilig and sing along these original songs.

With its 100,000 subscribers, the channel is eligible to get a Silver Play Button award from YouTube.

Who can beat PBA deadline?