A major trading town that couldn’t lock down for even one day during the pandemic stayed COVID-free for 143 days.

In their first field foray in six months, Howie and his documentary team travel to northern Luzon to investigate how a busy rural community was able to do it.

Bambang, Nueva Vizcaya also happens to be the hometown of Xyza Cruz Bacani, the former DH-turned-renowned-photojournalist in Hong Kong whom Howie and his team first documented in 2014 at the start of her international career.

Xyza has since been traveling the world for her work, but got stranded in Bambang during the pandemic, forcing her to rediscover the town she left behind.

She has focused her lenses on the town’s lone rural health doctor and how he’s been teaching his townmates to keep themselves safe. Her storytelling has brought Bambang’s remarkable achievement to the attention of a global audience.

“143 COVID Free” is a story of hope in dangerous times, of the unlikely homecoming of a unique OFW, and of the continuing struggle of a community to keep everyone alive and well.

In today’s challenging times, Filipinos are looking for sources of optimism and motivation to lift up their spirits. Some of them have turned to Kapamilya Channel’s docu-drama “Paano Kita Mapasasalamatan,” hosted by Judy Ann Santos-Agoncillo, which has received positive comments for featuring real stories of people positively impacting each other’s lives.

The weekly show, which airs on Kapamilya Channel on cable TV and Kapamilya Online Live on Facebook and YouTube, presents interviews and dramatization of real-life acts of kindness in order to give hope and inspiration to viewers.

“Paano Kita Mapasasalamatan” has left a mark on viewers, who took to social media to express how the show has inspired them to show kindness and help others in need.

“This show is really strumming my heartstrings. It reminds us how a simple act can make a difference. You never know who you can inspire just by being compassionate to others. Let’s be more aware with our actions. #PaanoKitaMapasasalamatan,” shared Twitter user @jrnijoel.

Some fans also commended the show for featuring eye-opening stories of known personalities such as Iza Calzado, who thanked her househelp Donna Garcia for staying with her while she was battling COVID-19, and Kim Chiu, who thanked Adrian Crisanto, who wrote an open letter to her on social media encouraging her to record her “Bawal Lumabas” song after she was bashed for speaking up about the ABS-CBN franchise issue.

Watch heartwarming stories in “Paano Kita Mapapasalamatan,” hosted by Judy Ann Santos-Agoncillo every Saturday at 6:45 p.m. on Kapamilya Online Live and Kapamilya Channel. Kapamilya Channel (SKYcable channel 8 on SD and channel 167 on HD, Cablelink channel 8, G Sat channel 22, and most cable operators under the Philippine Cable and Telecommunications Association PCTA nationwide). Livestreaming of the Kapamilya Channel and on-demand viewing of its programs are available on the iWant app and on iwant.ph.

Following the much-anticipated premiere of “Telesine Presents” last week, catch another special movie made for television with “Multo” this Sunday, August 30.

It tells the story of Cecilia (Ruffa Gutierrez), whose spirit seeks revenge for her tragic passing. For this to be accomplished, she possesses Alex (Carmina Villarroel), who will discover that she may have a connection to those who committed the crime.

‘Alamat’ to air again on GMA 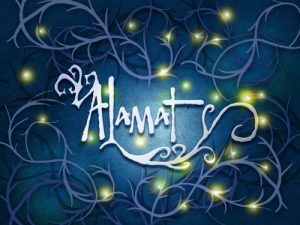 Beginning August 31, GMA brings back the award-winning Pinoy animated anthology series “Alamat” with the show’s much-loved episodes to be aired again every Monday and Tuesday at 8:25 a.m.

The groundbreaking series, which premiered in 2015, features Philippine myths and legends that mirror Filipino culture. It also celebrates the talent of some of the world’s sought-after Pinoy animators who worked in the biggest animation studios such as Disney, Hanna Barbera, and Cartoon Network.

On Monday, viewers of all ages get to relive “Alamat ng Bayabas,” which featured the voice of veteran actor Pen Medina as Haring Barabas. The episode gave the country its first-ever “Best of Festival Award” during the 2016 US International Film & Video Festival (USIFVF) after earning a Gold Camera Award in the Entertainment: Children category. In “Alamat ng Bayabas,” Haring Barabas seems to have all the things he wants: power, wealth, even the food hard-earned by his men. Will he be able to change his ways and be a better leader?

Meanwhile, airing the following day (September 1) is another favorite childhood story that tackles the value of being industrious, “Juan Tamad”. Juan is known as the laziest man in their barrio. Will he be given a chance to prove them wrong? What should Juan Tamad do so that he’ll never feel lazy again? Mike Tan, Maey Bautista, Love Añover, and Louise de los Reyes lent their voices for this episode.

Shih Tzu rescue, insects in urban garden in ‘Born to be Wild’

Vets, like other frontliners, are on-call throughout the pandemic. On August 30, catch Doc Ferds Reccio and Doc Nielsen Donato at work in another new episode of “Born to be Wild.”

Doc Ferds responds to a medical emergency. A Shih Tzu named Sasha was rushed to the clinic when its eye popped out after a fight with another house dog. The condition is serious, and Sasha needs immediate medical attention.

Meanhwile, “plantitos” and “plantitas” became popular terms during the quarantine as many have chosen gardening as a hobby. As a result, many insects are attracted to these urban gardens, where they can visit—and even pollinate—flowers. Doc Nielsen shows us their behavior in these emerging tiny ecosystems right within our homes.