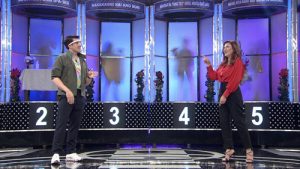 Zsa Zsa and KZ return to ‘I Can See Your Voice’

Divine Diva Zsa Zsa Padilla and Asia’s Soul Supreme KZ Tandingan return to the country’s favorite mystery game show, “I Can See Your Voice,” which is now seen on digital TV boxes like TVplus via A2Z.

New mechanics will test the secret-songers as they will now be grouped into two and immediately do lipsync performances in the first round.

Aside from the new mechanics and new addition to the singvestigators, KZ also shares some juicy details of her “new normal” wedding while Zsa Zsa tells viewers about her newfound life in the province and her vlog.

Digital TV box users can scan and look for A2Z channel in Metro Manila and in some parts of Cavite, Laguna, Quezon, Rizal, Bataan, Batangas, Bulacan, and Pampanga.

Viewers can continue to follow the show every weekend on Kapamilya Channel on cable and satellite TV (SKYcable channel 8 SD and channel 167 HD, Cablelink channel 8, G Sat Direct TV channel 22, and in most channels operated by members of Philippine Cable and Telecommunications Association). 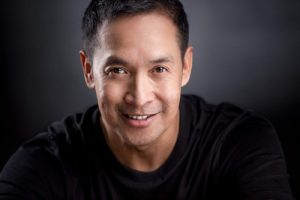 Manila’s Pop Virtuoso Reuben Laurente releases his first digital album, “Milestone,” his sixth solo outing that is expected to entertain, inspire and uplift the spirits of all those who will listen amid this pandemic.

Although he has been away from the local entertainment scene for more than a decade because of his work in international cruise ships, Reuben found a perfect time to record an 11-track album when the ocean liners went on lockdown.

“I strongly believe that through this album, I can inspire, encourage and touch people in however unimaginable or unfathomable way it can also touch them. After all, music is the universal language of the soul,” Reuben maintains.

“Milestone” leads with the re-imagined track, “Someone To Watch Over Me,” given an a cappella arrangement by Andre Castillo, Reuben’s former colleague in The CompanY. With the said song, Reuben and Andre pay tribute to the premier vocal sextet, their erstwhile vocal group. A promotional video of the song will be out soon, directed by the tandem Mikko Angeles and Patrick Nobleza.

Reuben also recorded a duet, “Us Together,” with soul diva Jaya. The song is penned by Jonathan Manalo and arranged by Paulo Zarate.

The original selections in “Milestone” are “Simula ng Umpisa” by Babsie Molina and Edith Gallardo, arranged by Niño Regalado; “Through It All” by Architect Markel Luna, arranged by Eboy Refuerzo; “Never Felt This Way Before” composed by Nathanael Arnel De Pano; “Unexplainable by Jungee Marcelo and arranged by Gino Cruz.

Trisha Denise lent her ethereal voice to one of the tracks. There were also musicians who worked on the album, like saxophonist Ian Jacinto, guitarists Paul Armesin and John Apura.

GRMilestone Records thanks Peewee Apostol of Mangyan Tunes and FILSCAP for facilitating the copyrights for “Di Na Muling Mag-iisa” and “Someone To Watch Over Me.”

“I’m not saying that after 34 years, ‘I’m still here’,” declared Reuben. “Most may not even know me and this is not inverted humility. Whether or not they felt my presence in the music industry, I believe my purpose is still to make good music and share it with the world. So, let me say, after 34 years, ‘I’m just here’.”