Sesame Street’s latest season marks the beginning of a two-year curriculum focused on playful problem-solving, designed to build critical thinking skills in young children and better equip them to handle challenges in school and beyond. As Sesame Street Muppets, human cast members, and guest stars alike face obstacles – while building a castle, staging a circus, fixing the inner workings of a grandfather clock, and more – they approach these problems with curiosity, creativity, and perseverance, together using phrases and corresponding gestures as starting points in finding solutions: I wonder…? (pointer finger to temple); What if…? (pointer finger to chin); and Let’s try! (pointer finger in the air).

A new anthem – “I Wonder, What If, Let’s Try” – performed by celebrity guest Hailee Steinfeld, brings this curriculum to life and makes its season debut on Thursday, 26 November. The anthem will appear in Sesame Street episodes throughout the year.

Four teachers will share their inspiring stories about how their love for teaching served as their strength amid difficult times in this Saturday’s (November 21) episode of “Paano Kita Mapasasalamatan” on A2Z channel, which is now seen on digital TV boxes such as ABS-CBN TVplus.

Judy Ann Santos-Agoncillo’s docu-drama will tell the stories of Lordvinn Acopio, Aljo Catedral, Michael Brizal, and Jonathan Almirante, teachers turned modern-day heroes who have helped each other through challenges and proved that religion should not hinder one’s right to education. 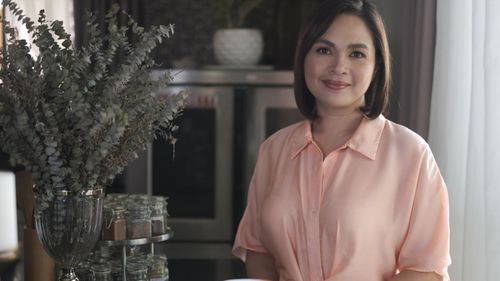 Lordvinn, one of the hostages during the 2017 Marawi siege, was forced to play the role of a doctor in order to save his life. Aljo, his co-teacher, was able to escape Marawi and assured Lordvinn’s family that their son would make it out alive.

Aljo, meanwhile, will pay tribute to a friend who helped him realize his passion for teaching, while Michael will share his own traumatic experience in Marawi and starting over in a new city.

The episode will also shed light on Jonathan’s pursuit to solve the massive flooding in a public school in Cavite, where he is a grade three science teacher. By solving the flooding issue in their school, Jonathan hopes to provide a better learning environment for his students.

Juday continues to share real-life stories of hope and compassion in “Paano Kita Mapasasalamatan” every Saturday at 6:45 PM on A2Z channel.

Digital TV box users can scan and look for A2Z channel in Metro Manila and in some parts of Cavite, Laguna, Quezon, Rizal, Bataan, Batangas, Bulacan, and Pampanga.

Kyline Alcantara’s “Black Lipstick,” the cartoon movie “Monsters vs Aliens” and Romnick Sarmenta’s “Bakla” are all showing on GMA this Sunday.

Bond with the whole family via the Kapuso Movie Festival offering “Monsters vs Aliens.” A woman transformed into a giant after she is struck by a meteorite on her wedding day, she then becomes part of a team of monsters sent in by the U.S. government to defeat an alien mastermind trying to take over Earth. Meanwhile on GMA Blockbusters, catch the TV premiere of “Black Lipstick,” starring GMA’s very own Kyline Alcantara, Migo Adecer, and Snooky Serna. Ikay, a girl stricken with the skin condition vitiligo, is often described as a living meme within her university. Upon discovering the powers of a magical black lipstick, “Icky Ikay” leads a double life as the social media influencer named Jessie. Set in the world of vlogs, dating apps, and live videos, her story reimagines the varying concepts of beauty and acceptance in the age of social media.

Cap the night with a touching drama from Telesine Presents, featuring the movie “Bakla” headlined by Romnick Sarmenta. It follows the colorful story of Joy, a bubbly gay person whose troubles he keeps to himself. His financial struggles lead him to serve men to provide for his mentally disabled sister Ningning. But when a social worker takes a look at their situation, Joy rethinks if he is still fit to care for his sibling.