Toni Gonzaga is back to say hello to the Philippines and to the world as the host of the ninth season of “Pinoy Big Brother” (PBB) called “PBB Connect” together with Bianca Gonzalez and Robi Domingo.

Toni was announced as host of the upcoming season last November 2 and was immediately given a task by Big Brother to reveal the “Big 4” exciting events on the show on the livestreaming app Kumu, including the return of Bianca and Robi as her co-hosts. 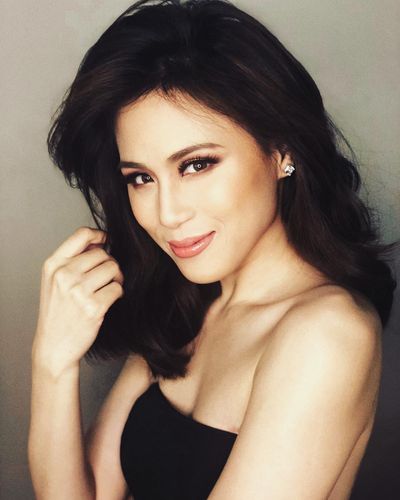 Bianca started her hosting duties last night (November 3) in the “KUMUnect Tayo Audition Show” with ABS-CBN head of entertainment production Lauren Dyogi, where five aspiring housemates received golden stars and advanced to the next round of auditions. Robi will also part of this digital show on Kumu.

Toni also announced that as of November 12, a whopping 144,947 audition entries have been uploaded on Kumu, the biggest audition turnout in the show’s history. From this number, 3,053 are still in the running to be part of Kuya’s 12 official housemates. Among them, 1,715 are from Luzon, 592 are from Mindanao, 520 are from Visayas, while 226 are from other parts in the world. The online auditions via Kumu will continue until November 11.

Meanwhile, in light of the aftermath of Typhoon Rolly, “PBB Connect” will stage a special livestream featuring former “PBB” housemates this Friday (November 6) at 8 p.m. Called the “#PBBKUMUnectSaPagtulong,” it aims to raise funds to help victims of the calamity. Viewers are also encouraged to upload a one (1) minute video on Kumu to share what they pledge to do to help fellow Filipinos rise again after the storm. Some will be shown during Friday’s livestream.

By bringing “PBB Connect” to life, ABS-CBN and Kumu aim to provide hope and strengthen connections among Filipinos during this pandemic.

ABS-CBN Film Restoration and LVN Pictures, Inc. give a new generation of viewers a chance to experience a magical movie adventure from yesteryears with the free streaming of the remastered version of “Ibong Adarna,” the classic Pinoy tale of a magical bird whose voice has the power to heal.

Through the restoration unit’s “Sagip Pelikula” initiative, the 1941 LVN classic and the oldest film in ABS-CBN’s Film Archives underwent digital processing and can be appreciated by viewers in crisp high-definition on ABS-CBN Film Restoration’s official Facebook page this Sunday (November 1) at 7:30 PM.

Based on the Filipino epic poem, the pre-World War II masterpiece retells the story of three royal brothers: Don Pedro, Don Diego, and Don Juan, as they find the cure to the disease afflicting King Fernando, their father, and ruler of Berbanya.

The king’s doctor advises the three princes to capture the fabled “Ibong Adarna” as its beautiful voice is the answer to King Fernando’s illness. As they find the magical bird, the brothers get embroiled in deceit, a love triangle, and murder. But brotherhood and forgiveness will bring them redemption in the end.

Under the direction of Victor Salumbides and Manuel Conde, the film has a cast of great Filipino talents, such as Mila del Sol, Fred Cortes, Ester Magalona, Vicente Oliver, Deanna Prieto, Ben Rubio, among others.

The LVN classic remains a significant part of Philippine cinema history as it is the first Pinoy color sequence film, with its frames meticulously hand-painted.

Oil drops over 2% on China lockdowns, US stimulus woes