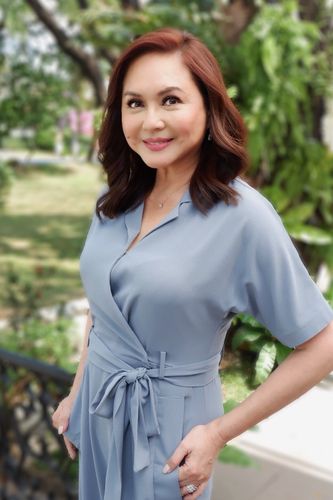 Award-winning actress and TV host Charo Santos makes the audience part of her conversations in “Dear Charo,” the newest show on FYE Channel on the Pinoy livestreaming app Kumu premiering on Monday, October 26.

Charo, whose “MMK” is set to air new episodes soon, is expected to show her lighter side while drawing out inspiring stories on the new digital platform. Joining her as co-host is ABS-CBN Creative Communications Management head Robert Labayen, who is behind the Kapamilya network’s annual Christmas station IDs such as “Bro, Ikaw ang Star ng Pasko,” “Thank You for the Love,” and “Family is Love.”

Every Monday night for four weeks, Charo and Robert will engage in stirring tête-à-têtes with featured personalities and their live audiences. With at least 20 million students enrolled for the school year 2020-2021, this will be one of the most unique, challenging, and historic school openings in our lifetime. Despite the Department of Education (DepEd) officially opening the school year last October 5, one question still remains: how ready are we for blended education?

The Atom Araullo Specials followed four individuals in their journey to meet the demands of education during the “new normal.” Atom meets Charlie, a 12-year-old student who collects crabs in the fish port in Navotas. Charlie is saving his meager earnings in the hopes of buying a cellphone for his online class. Atom also meets Pam, a single mother of three who has now become a national teacher-broadcaster for DepEd. She now juggles her new role as a teacher-broadcaster and as a mother who needs to make sure that her children are coping with blended learning.

Atom then goes to the mountains of Rizal to meet volunteers who help children with illiterate parents.  In the last leg of the documentary, Atom visits one of the most remote schools in General Nakar, Quezon.