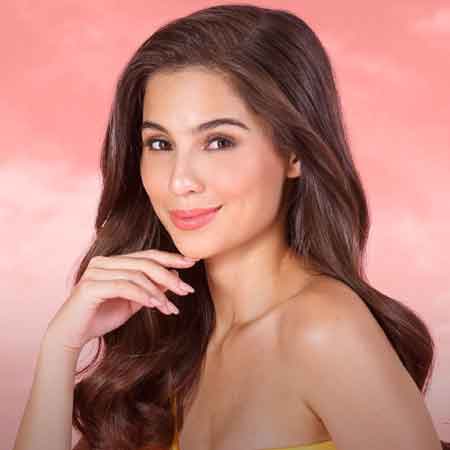 “Friends and family sent their birthday wishes to the two actors on social media and thru texts.”

SHERYL Cruz turned 46 on April 5 and she just celebrated her birthday at home because of the lockdown. In her social media post, she said she celebrated it in the simplest way but she’s glad she has so many friends and they all greeted her.

“My heartfelt gratitude for all your thoughtful messages for my natal day,” she wrote. “To all those who sent gifts and flowers to my home, thank you very much. Also to those who offered prayers for me. I’m so deeply touched by your thoughtfulness.”

Sheryl is all alone here now since her only child, Ashley, has flown to the States to visit her dad before the lockdown.

“Thanks to modern technology which has now made communication so much easier even if you’re so far away from each other,” she said.

Sheryl plays the lead role of Veron in the hit GMA afternoon drama series, “Magkaagaw,” now temporarily replaced by “Ika-6 na Utos.” As Veron, she steals Jeric Gonzales, the husband of Klea Pineda, who works for her.

“Yes, dahil husband snatcher ang role ko, maraming nagagalit sa akin,” she said. “But viewers naman know I’m just playing a role and when they see me in public before the lockdown, they even call me Veron. Sa ngayon, dahil hindi nga kami nakakapag-taping, maraming nagme-message na nabibitin daw sila as to what will happen in the characters we play. All I can say is abangan na lang nilang matapos itong health crisis na ito, so we can resume taping new episodes and I assure them na maraming intriguing at pasabog na mangyayari sa bagong episodes that we’ll do.”

Is she aware of the scuttlebutt that she and Jeric Gonzales are now actually secret lovers because of the so many hot love scenes they did in the show?

Gabbi Garcia had fun watching her boyfriend Khalil Ramos re-enact a scene she did before as Alena in “Encantadia,” which is now being reshown on GMA-7 after “24 Oras.”

In the scene, Gabbi as Alena is happy she lost in the contest as to who’d be the next queen of their kingdom, Lireo, as this would only affect her love life. Gabbi posted it in her social media account saying, “Teka lang ha. Khalil sent me this :(( Ha ha ha!”

Their fans enjoyed watching the video she shared and made their own comments.

A lot of netizens are really entertained by the sweet relationship of Gabby and Khalil. Their fans say their cute media posts to each other show they truly have a loving relationship. The fans also lauded their socially relevant posts in this time of the corona lockdown.

Gabbi has now started her own fundraiser called Pay It Forward to help the medical frontliners in two hospitals in the fight against the global pandemic we are going through now. This is what she wrote in her post: “Hi guys! Kumusta kayo? @khalilramos and I, together with our friends @ninapatriciasantos & @joshdilay are starting a fundraising campaign (@payitforward.ph) for our FRONTLINERS in Ospital ng Parañaque 1 & Pasay City General Hospital.”

Jasmine Curtis Smith celebrated her 26th birthday on April 6 by herself and her two pet dogs. She wasn’t able to fly to Melbourne, Australia to see her Ate Anne’s daughter, Dahlia Amelie, in person, and also to spend her birthday there. But she ended up staying put just here in Manila because of the lockdown.

She wasn’t even able to spend her birthday with her boyfriend Jeff Ortega, who’s based in La Union. “Nag-video call naman kami,” said Jasmine. “And he wrote me a nice message which says: ‘Happy birthday to my bb! I wish you all the best in life. Always dream big and keep your head up. Praying things would get better soon, so we can enjoy the outdoors on a beautiful day like in this photo of you. Love you lots!’”

How about her Ate Anne?

“Nag-face time naman kami ni Ate Anne and our family in Australia. Ang cute ni Baby Dahlia, so lovable!  I myself baked my own birthday cake dahil walang mabilhan. I showed it to them and they sang the birthday song for me. It turned out, may cake din pala sila para sa akin and naiyak nga ako when I saw it, with a lighted candle pa.”

Jasmine plays a doctor, Sgt. Moira Defensor, in “Descendants of the Sun” and now that they have stopped taping while we’re on a lockdown, she misses all their company. “Noong birthday ko, andami nilang bumati sa akin, led by Dingdong Dantes as Capt. Lucas and Rocco Nacino as Sgt. Diego Ramos. We continue our communication through texting and social media and we’re all eager to return back to work to tape new episodes of ‘Descendants of the Sun.’ We’re all praying they discover na the antidote for the virus para matapos na itong health crisis na ito worldwide.”