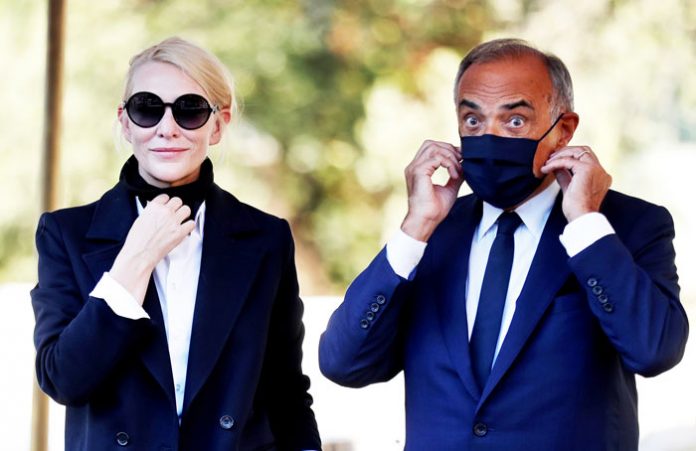 VENICE, Italy – Fewer Hollywood stars will grace the red carpet and there will be no fans clamouring for autographs.

But for all the COVID-19 restrictions, director Alberto Barbera says the very fact that the Venice film festival is going ahead in front of live audiences this week sends a positive message.

“We think that it’s time to restart for cinema,” Barbera told Reuters on the eve of the festival, which runs from Sept. 2-12 and is now in its 77th year.

“We need to reopen the theatres. We need to distribute new films. We need to start shooting new films again and I hope that the festival will be a sign of solidarity and encouragement for everybody involved with the film industry.”

The world’s oldest film festival, regarded as a showcase for Oscar contenders as awards season approaches, is the first such international event to take place since the movie world ground to a halt due to the pandemic.

With coronavirus cases rising again in Italy and elsewhere, a strict safety protocol has been put in place.

Anyone attending from outside Europe’s Schengen area will have to test for COVID-19 before departure and once on the Lido, the long, narrow island in the Venetian Lagoon where the annual festival is held.

Temperatures will be checked and every second seat in the cinemas will be left empty. Seats will have to be reserved online, audiences will be required to wear a face mask and fans will not be allowed near the red carpet.

The restrictions are similar to those being imposed in cinemas around the world, including Italy, where only big venues have re-opened and viewers are seated apart and encouraged to wear masks at least in the foyer area.

Among the stars expected to make the trip are Australian actress Cate Blanchett, who will lead the jury, US actor Matt Dillon and Spanish director Pedro Almodovar. British actress Tilda Swinton is also expected to attend to receive a life achievement award.

EDSA did not fail