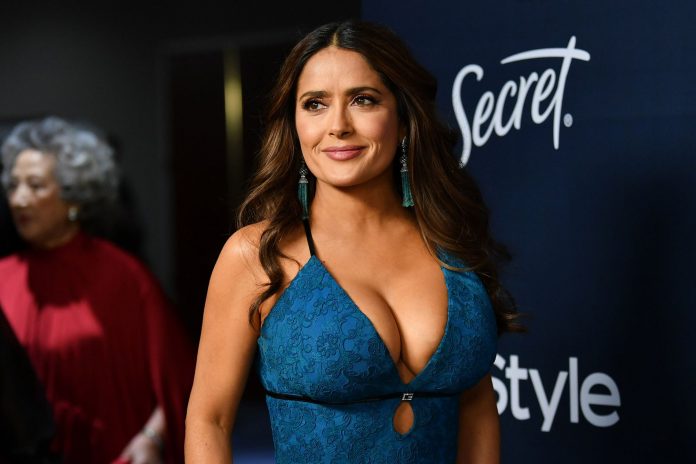 MEXICO CITY – Oscar-nominated actress Salma Hayek launched a campaign on Wednesday to combat violence against women stuck at home under coronavirus lockdown measures, urging her millions of social media followers to “stand in solidarity with women.”

The #StandWithWomen campaign will be run by fashion brand Gucci’s Chime For Change initiative founded by Hayek and singer Beyonce in 2013 and help fund organizations fighting domestic violence around the world.

“We retreat into our homes to protect ourselves from the threat of COVID-19, but what if our home was a threat itself?” said Hayek in a video shared to her nearly 15 million followers on Instagram.

“It is so important that we take a stand against gender-based violence…. We can really achieve change if our voices come together and scream: no more.”

Countries around the world have issued stay-at-home orders to combat the coronavirus outbreak, but the measures can leave women trapped at home with their abusers and unable to seek help.

The Mexican-born Hayek was nominated for an Academy Award for her role in the 2002 movie “Frida.”

She is the latest celebrity to join the outcry about violence against women under lockdown, with South African star Charlize Theron launching a similar campaign in April.

More than 50 other actresses and leaders have joined Theron’s campaign.

The #StandWithWomen campaign is being run in partnership with the Kering Foundation, a non-profit which combats domestic violence in the Americas, Western Europe and Asia.

United Nations Secretary General Antonio Guterres has called on states to take urgent action to tackle a “horrifying global surge” in domestic violence, adding that for many women and girls, being in their own homes was often the most dangerous.