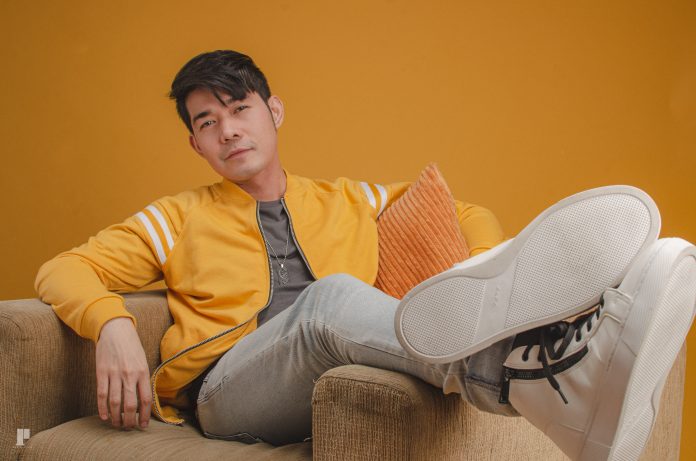 “Rewarding!” hat’s how multislashie Reymond Sajor described his whole experience in Indonesia’s “Golden Memories Asia.” The actor-singer-songwriter who first gained popularity as a “Philippine Idol” grand finalist in 2006 finished off as the Top 6 finalist in the talent search held in Jakarta, Indonesia last year.

“‘Golden Memories Asia’ is a talent search in Indonesia and it’s their first time to invite people from different countries to participate. They already had two seasons in the past, but were only participated in by Indonesian residents,” Reymond shared.

Asked about how his “Philippine Idol stint” has helped him in his singing career, Reymond said, “From that experience I learned to be positive all the time, forget the past so that new and great things will come to you. I also learned that it’s good to lift everything up to God but not to ever forget to do your part, too. You have to do your best all the time and value all the people who are supporting you.”

When it comes to support, there is so much love for our singer-songwriter. His fanbase has definitely extended overseas. In fact, Reymond already had two meet-and-greet gatherings with his Indonesian fans.

“Yes, I had meet-and-greet events with my supporters there. They’re really sweet and once they like you, they will be loyal to you,” he shared, “Both gatherings went very well and I really had a great time with all of them. The experience was both overwhelming and touching. They wanted me to stay and have a career there.”

Asked how he was able to capture the Indonesian market, he said, “It’s all because of ‘Golden Memories Asia.’ The moment they announced that I was going to be a participant, I already started getting support from the Indonesians even if I haven’t arrived there yet.”
His stay in Indonesia was short but definitely sweet as he was able to create memories and experience career milestones. He is going back there next month for another meet-and-greet event set for March 28, 2020.

Reymond is bent on furthering his singing career both locally and internationally. Just recently, Reymond signed up with Warner Music Philippines for the distribution of his latest single, “Paglimot” his own original composition. He also recorded a Bahasa adaptation of the song entitled “Lupakan.” Both “Paglimot” and “Lupakan” will be released worldwide in March 2020. The song is a follow-up to the upbeat song “Road Trip,” which he released in November 2019. “Road Trip” is available on Spotify, Apple Music, Amazon Music and Deezer.

With numerous awards, albums, and local and international gigs under his belt, it’s no surprise Reymond is cooking up something new again for his audience. Reymond keeps his collaboration dreams alive. He wishes to work with Regine Velasquez, Gary Valenciano, Anne Curtis, Vice Ganda, or Gloc-9.