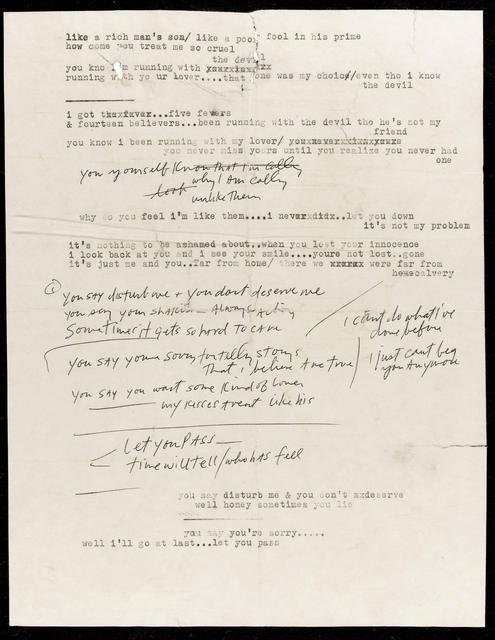 LONDON – A 1966 manuscript, on which a young Bob Dylan typed and wrote lyrics for a track on his “Blonde on Blonde” album and another song he later abandoned, went on sale at Sotheby’s auction house from Tuesday.

The single sheet of paper shows the American singer’s creative musings as he drafted “Most Likely You Go Your Way,” one of the album’s most memorable songs.

What makes the manuscript particularly interesting, however, is the presence of a second, abandoned song typed over twelve lines across the top half of the page.

It contains a repeated refrain about “running with the devil”, before ending in fragments with the words: “It’s just me and you .. Far from home/ there we were far from calvery (sic)”.

The 78-year-old singer-songwriter is regarded as the voice of a generation for songs that captured the 1960s spirit of rebellion and independence. He won the Nobel Prize for Literature in 2016 for “having created new poetic expressions within the great American song tradition”.

The combination of typescript and manuscript is typical of Dylan’s mid-60s drafts.