During this ongoing pandemic, artists have been getting the much-needed time and inspiration to share songs that, while they offer words that listeners can resonate with, they also pass on the drive to soldier on.

After inspiring his fans earlier this year with quarantine releases, Quest drops another sure hit to add to his uplifting discography. Entitled “Tuloy Tuloy” or keep on keeping on, the song aims to encourage everyone to keep doing what they have started in line with their dreams despite of what has happened this year. “The main message of this song is to keep going. That we should never let anything in the outside world dictate how we dream. Lalo na ngayon na biglang may pandemic tapos typhoon. Some of us will be faced with fear, worry, and hopelessness. But our dreams should not stop. We can rest, pause, take a break. but never stop. Maybe you got tired or you got hurt. I hope this song brings you back on track,” Quest reveals. 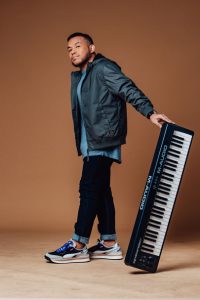 Talking more about the single, Quest said, “’Tuloy Tuloy’ is an unfinished song I started writing back in 2017. I never got the chance to finish it until this pandemic. Bigla ko na lang sya naalala after all the crazy things that’s been happening and since I have all the time in the world I decided to focus on it.” It is released under Warner Music Philippines and it hit all music platforms last November 20.

2020 was a busy year for the multi-awarded singer-songwriter. “For me this quarantine season has been a blessing in disguise. I was able to really have a serious life check and I got to realign and recalibrate my priorities – spiritually, physically, mentally, and emotionally,” says Quest. Quest released “Rise” – a powerful track dedicated to our pandemic front liners, which premiered in April; he also joined forces with pop punk band Simple Plan for their single “Summer Paradise” released in June. The following month, he joined several Asian artists in a global collaboration project for “ME ME WE.”

As the music industry continues to struggle to adjust to their new role, one element is proving especially irrepressible: music. Quest’s last album, Dream Awake, was released in 2019, and the current year proves that the singer is not letting anything stop him from reaching out to his audience. In line with the single release, Quest also wants his fans to know about his Tuloy Tuloy campaign. “This campaign aims to inspire people to start dreaming again. Or get back on the journey to their dreams. I want to showcase people that despite of the things that’s been happening around us they still continued pursuing their dreams. Alam ko hindi lang ako ang nagpursige.”

The multi-talented artist who has been sharing his weight loss journey on social media is currently creating fitness content for his renewed YouTube channel. His exclusive merchandise, The Pagpupugay Collection in partnership with Simmer Studios, will also be launching soon. “We will not only send a message of hope and encouragement through the merch but we will also support organizations that are helping people in their pursuit to a better life by giving a portion of sales to them,” Quest explains.

For further updates, stay connected with Warner Music Philippines and Quest on their respective pages.