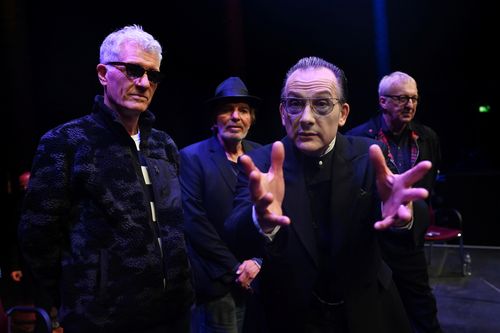 LONDON – British punk band The Damned has reformed in its original line-up after more than three decades and the members, all now in their mid-60s, will hit the road for a one-off tour next July.

The group on Wednesday announced a four-date UK tour including shows in London, Birmingham, Glasgow and Manchester, which will mark 45 years since the band’s formation.

“We do think our audience would like to see the original line-up playing the records that they used to,” drummer Rat Scabies, whose real name is Christopher John Millar, told Reuters.

“It would be nice… while we’re still upright and breathing and we’re still able to do it because we lost a lot of mates on the way, you know. There is a lot of bands you won’t ever see the original boys again.”

“I’d hate to be standing over one of our graves, saying we should have done that reunion,” Scabies said.

The Damned made their live performance debut supporting the Sex Pistols at London’s 100 Club in July 1976. Their first single “New Rose” was released on October 22, 1976, five weeks ahead of the Sex Pistols’ “Anarchy in the U.K.”, and their debut album “Damned Damned Damned” followed the year after in 1977.

The group disbanded several times over the years though the original formation briefly came back together for reunion performances in the late 1980s.

“It’s just a celebration of this band, I mean, the original band, the original album, where it all came from,” said Vanian, 64, of next year’s dates.

“We lived through a golden period of rock n roll, really. You know, with debauchery and chaos and fun and backstage shenanigans. And it’s time to bring that all back again,” added Sensible.

Who will be crowned as Miss Earth 2020 on Sunday?