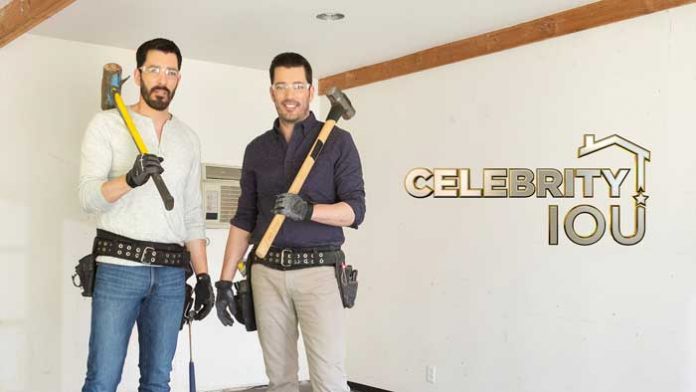 While it could be a challenge to remain optimistic in a world plagued by chaos where current events can bring more bad news than good, people lifting other people up, seeing and appreciating the good in others, and building a world where giving to others may just be the happy pill that we all need. From the larger than life roles of the frontliners who selflessly battle a global health crisis so that the rest of us can live in a safer world and warriors who courageously stand up against injustices to speak up for those whose voices can’t be heard, to personal heroes who generously share their time and resources and simply show kindness and compassion – we’ll find that there is definitely much to be thankful for.

To celebrate humanity and spread love are exactly what Property Brothers Drew and Jonathan Scott sought to do in their new blockbuster HGTV series “Celebrity IOU” premiering this August 5, 9:05 p.m. In a string of uplifting episodes, Drew and Jonathan help Hollywood A-listers express their deep gratitude to the individuals who have made a major impact on their lives by surprising them with heartwarming home renovations.

With celebrity guests like Golden Globe Awards winner and Academy Award winner Brad Pitt, actor and Marvel’s avenger Jeremy Renner, OSCAR, Emmy Award, and Tony Awards winner Viola Davis, actress, writer, producer and fashion designer Rebel Wilson, singer-songwriter and producer Michael Bublé, and so many more great names to look forward to, the Property Brothers give back to the unsung heroes who were instrumental in making these stars who they are today.

Listen to their stories and find warmth in the spread of gratitude by tuning in to “Celebrity IOU” on HGTV, available on Sky Cable Ch 21, Cignal Ch 201, and Destiny Ch 88.