With the dramatic increase of consumers for online streaming and popularity of web content, PEPPs Foundation launched its newest digital platform, PEPPS TV.

It will feature the new format of 8th Misters of Filipinas with the behind-the-scenes videos of contestants’ journey for the country’s premier male pageant.

You will also know more about the 4th Man of the World favorites before they arrive in the Philippines as it will feature their preparations and exclusive individual videos en-route to the World finals of Man of the World in the first quarter of 2021.

The newest online series “My Toxic Lover” will also premier soon on PEPPS TV. This BL series is about the story of a young movie superstar who falls in love with an ordinary man. 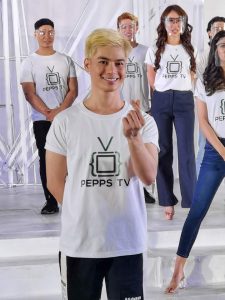 PEPPs partners with Sine Asia headed by Roy Rebusada and TPC Events and Concepts to produce another world class online series. All of these in just one YouTube channel of PEPPs TV. The launch, held recently at Matrix Creations Events Place, was headed by PEPPs President Carlo Morris Galang.

The cameras start grinding in January for a scheduled airing in February.

Keira Knightley says no interest in filming sex scenes for...