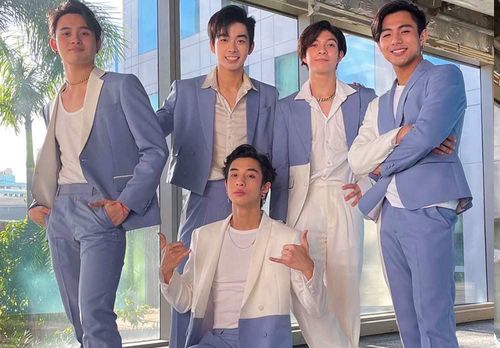 P-Pop has found its bright new star as new boy group BGYO’S music video for its debut single “The Light” continues to rake in thousands of views and positive reviews following the group’s grand launch.

The music video already has a combined total of over 700,000 views from its official YouTube channel and Facebook page, which continue to grow.

Composed of Gelo, Akira, JL, Mikki, and Nate, the group was initially known as SHA Boys, which first got TV audiences and netizens’ admiration as the group made the rounds of television shows. Their “It’s Showtime” performance has over a million views and earned praises for its outstanding precision.

As the music video premiered at the launch, the group got the chance to show off their skills once more. For the boys, it was a result of many hours of hard work.

“All the hard work was worth it, now that I’m seeing the video for the first time,” Akira said.

For group leader Gelo, it was the culmination of their long journey. “Nakakaiyak na makita mo ang journey namin leading to this,” he said.

Meanwhile, fan energy for the group was strongly felt at the launch as they stormed social media with tweets that showered the five young men with praises for their talent and refreshing presence in the music scene.

With an aim to create music that resonates with the youth today, BGYO’s debut single “The Light” is a song about empowerment, hope, and self-love.

Among those inspired by the song’s relevance to the times was Jaycel Ann Sumayod, who commented on YouTube, “I am really amazed that their first debut song is all about not giving up in chasing our dreams not the romance drama song that most artists release. For me it is very timely most especially we are all in this pandemic and this online class really give us a struggle but we must be brave at ipaglaban ang ating mga pangarap. Kudos to BGYO and the whole team who planned all of this especially ABS-CBN. You all really work hard for this success! Thank you! Stan BGYO! Stream.”

BGYO member Mikki said that they have plans to translate the song into different languages so that fans in other countries can fully appreciate it.

Following the group’s exclusive launch, BGYO made their much-awaited appearance on “ASAP Natin ‘To,” where they performed their single for the first time to a larger television audience.

Zipper lane, tight security are all we offer at...

SBP says Kai will always have a home here