AWARD-winning actress Mylene Dizon and one of today’s hottest stars, Kit Thompson, get caught up in a sexy May-December romance in “Belle Douleur,” now streaming on iWant for free.

The iWant original is the latest to add to the streaming service’s collection of more than 1,000 free movies after receiving rave reviews as a competition entry and winning Audience Choice Award (Full-Length Feature Film) at the 2019 Cinemalaya Philippine Independent Film Festival and premiering in local theaters last year. 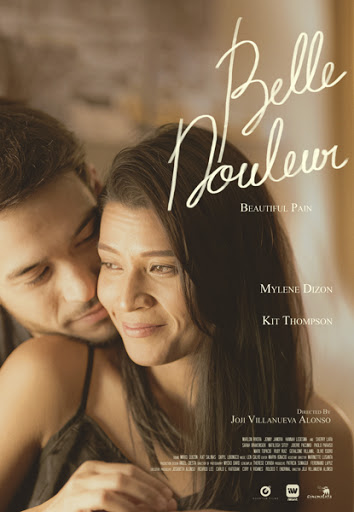 The film follows the serendipitous meeting of Liz (Mylene), a 45-year-old, single clinical psychologist, and Josh (Kit), a young antique dealer who has been living on his own for years.

The pair’s encounter seems only timely and perfect after Liz, bored and lonely, declares to do something “reckless and stupid” with her life. Despite being 20 years her senior, Josh immediately jumps in and pulls her into a whirlwind romance.

Together, the two take on life’s new beginnings and figure out whether or not love knows no age. But will their intense attraction to each other be enough to hold a solid relationship?

“Belle Douleur” (“beautiful pain” in French) is Atty. Joji Alonso’s directorial debut after producing more than 39 films in 15 years. The film is written by Therese Cayaba and co-produced by Quantum Films and iWant.