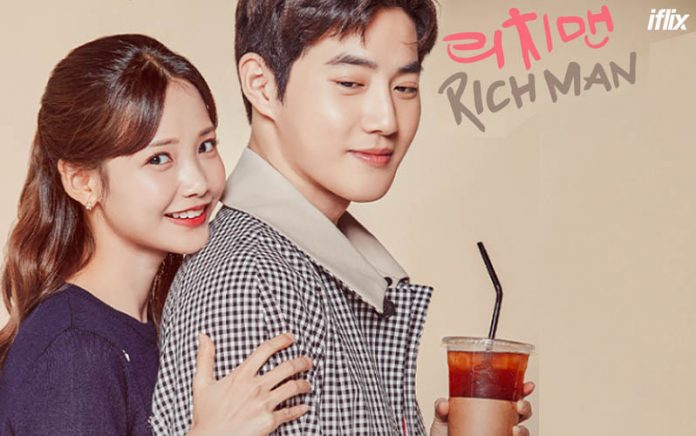 NOW is the best time to catch up on your favorite movies and TV series at home.

Oppa fans can now enjoy a month-long k-drama marathon as PLDT Home brings unlimited VIP access for one month to everything on iflix! Pick any genre – Korean rom-coms to thrillers, historical fiction and more – because you can find binge-worthy k-drama that will suit you and your family.

Existing subscribers of PLDT Home Fibr Plan 1899 and up in Luzon can now enjoy a one-month subscription to iflixVIP usable until April 30!

K-drama fans who loved “Crash Landing On You” will definitely love “Confidential Assignment,” an action film that also stars Hyun Bin as a North Korean officer who must work with South Korea to track down a criminal. It’s got the perfect blend of action and comedy — plus Hyun Bin — to keep everyone entertained at home.

In “The Last Princess,” an epic 2016 South Korean movie, Son Ye-Jin plays the real-life Princess Deokhye, the last princess of the former Korean Empire’s old Joseon dynasty. The movie follows the princess’s life from her teenage years, when she was forced to move to Japan, to her attempts to return to her homeland in her later years. Historical drama fans will love this masterful and moving performance from Son.

If you’re looking for a dose of kilig, the quirky K-drama “Rich Man” is for you! Kim Jun-myeon plays a genius CEO and game programmer who hires a college student with excellent memory, played by Ha Yeon-soo, because he is unable to remember people’s faces — especially that of the woman he loves.

To enjoy these titles and enjoy access to everything on iflixfor 30 days, just log in to PLDT Home account, update info, receive an EDM with the iflixVIP voucher.

Meanwhile, SKY subscribers can add to their list a whole new set of shows to binge on during their homestay as HBO GO premieres hot and fresh Hugh Jackman, Hugh Grant, Nicole Kidman, and Mark Ruffalo starrers.

The tandem of “Fleabag” director Vicky Jones and Pheobe Waller-Bridge is tested once more as they reunite in “Run” as executive producers. This half-hour comedy series features Nurse Jackie alumni and two-time Emmy Award winner, Merrit Wever and Star Wars’ Domhnall Gleeson as Ruby and Billy, college exes who rekindle their past romance because of a pact they made: if one texted the word, “RUN” and the other replies the same, they will drop everything and meet at Grand Central Station in New York. Find out until where will they embrace living in the moment this April 13 (Monday), 10:30 a.m. on HBO.

After being the talk of the town in last year’s Toronto Festival, Hugh Jackman’s performance in one of HBO’s newest shows, “Bad Education,” becomes a strong contender at the upcoming Primetime Emmys.

Hugh portrays the role of Dr. Frank, a charming and corrupt superintendent who will is caught? a huge embezzlement scandal along with a few of his employees. As the case surfaces, he does everything to maintain the order of his school district. Catch its TV premiere on HBO GO this April 26 (Sunday) at 8 a.m.

Produced and starred in by Mark Ruffalo, “I Know This Much Is True,” is based on the best-selling novel of the same name by Wally Lamb. The Academy Award nominee plays identical twins Dominick and Thomas Birdsey, who both deal with mental illness. The trailers give its viewers a glimpse of the brothers’ past and how they help each other in the most difficult moments in their lives. See how they sort out their situation this April 28 (Tuesday), 9 a.m.

Meanwhile, there is no stopping Nicole Kidman as she returns to HBO shortly after “Big Little Lies” to act alongside Hugh Grant in “The Undoing.” The dramatic thriller centers on Upper East Side therapist, Grace, and her husband, Jonathan. Their lives are rocked by a violent death, which leads to more complications, leaving Grace as the suspect of the mysterious crime. Watch it premiere on May 11 (Monday) at 9 a.m.

These shows are available on HBO GO for as low as P99/month. To learn more and subscribe to HBO GO, visit mysky.com.ph/hbogo. HBO GO is available to all SKY Fiber, SKYcable, and SKYdirect postpaid subscribers.