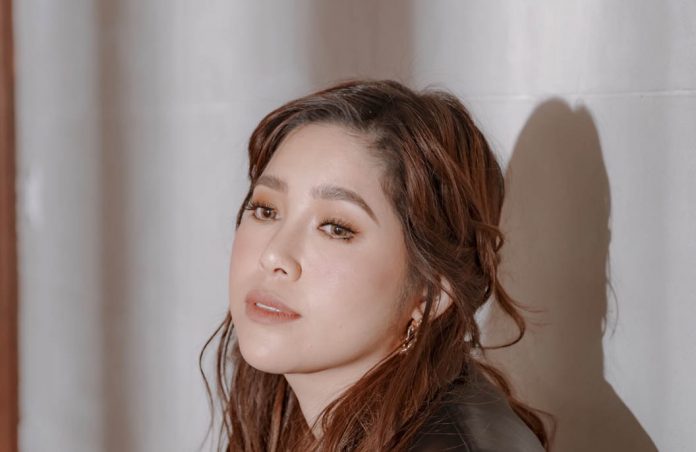 MOIRA Dela Torre leads listeners on a poignant and sentimental musical journey in her freshly released album under Star Music, “Patawad,” which features her new songs and recent collaborations including “Mabagal” and the trilogy “Paalam, Patawad.”

“To be honest with you, we considered postponing this album’s release again. I understand the terrible storm we are faced with right now and it’s not to be taken lightly. But I also understand that in hardships, music is always a present friend,” Moira shared.

“In times of trouble, music brings comfort, hope and peace. So we’ve decided to push through with it, with the hopes that these songs, which took us two years to finish, would bring joy and comfort,” she added.

The “Patawad” album, which follows her 2018 release “Malaya,” features 13 tracks, 9 of which are Moira’s original compositions. These include “Kita Na Kita” with her husband Jason Hernandez, “Ang Iwasan,” “Pahinga,” “Ikaw Pa Rin” with Erik Santos, “Sabi ng Lola,” “E.D.S.A. – Emosyong Dinaan Sa Awit,” and the trilogy “Patawad, Paalam,” with I Belong To The Zoo, “Paalam” with Ben&Ben, and the titular song “Patawad.”

Aside from these, the album also contains Moira’s performance of the spoken word piece “Handa, Awit” written by Brian Vee, “24/7’s” theme song “Hanggang Sa Huli,” “Unbreakable” from the Star Cinema film of the same name, and the 2019 Himig Handog Best Song “Mabagal.”

Prior to the album’s release, the music videos to “Paalam” and “Patawad” have also dropped, completing the heart-rending trilogy tale of a love that just wasn’t meant to be, which started last year with “Patawad, Paalam.”

Meanwhile, emotions overflowed once the album was finally out, with people praising Moira’s ability to convey heartfelt yet calming emotions through her songs.

“It’s so light, it took away the heaviness. Felt like breathing refreshing air again after a while. The calmness in my chest is something new. Such a big help! Felt so good to escape what’s been keeping me in chains,” @LyannaMylle tweeted.

“In the midst of a chaotic world, you calmed our hearts. Thank you. Thank you so much, @moirarachelle4 #PatawadAlbum,” @puurli said.

Moira is a part of ABS-CBN Music’s roster of talented artists—which also houses many of the best OPM music of today from the country’s leading media and entertainment company, ABS-CBN.