iWant turns up the heat this summer season with romances featuring the pairings of Lovi Poe and Zanjoe Marudo, Mylene Dizon and Kit Thompson, and an ensemble movie led by Angelica Panganiban and JM De Guzman that will stream for free this May.

Lovi and Zanjoe pair up for the first time and play two wandering souls finding love in a romantic city in the original movie “Malaya,” shot in Italy and directed by “Glorious” director Concepcion Makatuno. It streams on iWant on May 28. 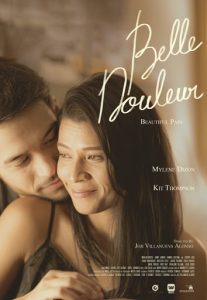 Mylene and Kit also push the boundaries of their May-December love affair in their acclaimed 2019 Cinemalaya entry “Belle Doleur,” which arrives on May 20. Here, Mylene plays a self-made woman in her late 40s, who falls in love with younger antique collector named Josh (Kit) and discovers that there are no limits to life’s beginnings.

The sexy suspense film “Love Lockdown,” meanwhile, mixes three stories of lies, lust, and betrayal set in the present quarantine period. Shot via Zoom from their own homes, Angelica and JM lead the romance and thrill to prove that nothing can stop love, even in lockdown. The three-part film also stars Jake Cuenca, Kylie Verzosa, Sue Ramirez, Arjo Atayde, and Tony Labrusca and drops on May 13. 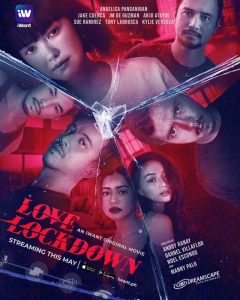 Filipinos can also continue getting reliable news and information by tuning in to the leading newscast “TV Patrol” live every night at 6, DZMM TeleRadyo, and the ANC live channel on iWant, as well as watch their favorite Kapamilya teleseryes, talk and variety shows on-demand, after ABS-CBN went off the air early this week. Reflect on the daily word of God by watching The Daily Mass that streams from Monday to Sunday.

Meawhile, keeping Filipinos company this quarantine season is the iWant original “Tawa Tawa Together,” hosted by Alex Calleja and features Alex Gonzaga, Melai Cantiveros, and Pokwang in its episodes.

Also boosting iWant’s library is the launch of its documentary section this month with three exciting offerings. Dive into underwater adventures and discoveries in “Wreck Hunters,” Matteo Guidicelli’s rigid and inspiring military training in “Ranger G,” and an eye-opening take at Imelda Marcos’s political career in “The Kingmaker.”