The pair will reunite with their “Make It With You” series director.

Senator Bong Revilla said he has no idea he was positive of Covid-19 until one of their househelps had it.

He then decided to be tested with wife, Bacoor Mayor Lani Mercado, and their younger children.

“Our doctor immediately ordered me to isolate myself. I’ll probably be in quarantine, our doctor said, for three, if not more, weeks.

Senator Bong is the fourth senator to test positive for coronavirus. The other three are now all well – Senators Juan Miguel Zubiri, Sonny Angara, and Koko Pimentel.

Senator Bong and his siblings just marked the 40th death anniversary of their patriarch, Senator Ramon Revilla, Sr., who passed away June 26 at age 93.

Actress and former Miss World Megan Young does not think she is ready to become a mom.

Megan said she wants to make the most of being a wife first to husband Mikael Diaz.

“We just hit it off the first time we met,’’ said Megan of how hers and Mikael’s romance started. “I joined showbiz ahead of him.’’

Mikael had just graduated from the Ateneo de Manila University when he got offers to be a ramp model before landing in commercials. Then, he tried his hand at acting.

Mikael is currently one of the busiest leading men on GMA. He excels not just as an actor, but also as a news anchor and presenter.

He and Megan are also vloggers and gamers.

Guess what is keeping EA Guzman currently busy, while waiting for her series to resume on GMA.

“I’m now, like most of my colleagues, in the food business. At salamat because it’s doing well.

“My mom is my partner. She is a good cook and her specialty is adobong tuyo na paborito ng mga online customers namin.

From what we heard, Lucky is also producing the show. His girlfriend, Jessy Mendiola, said he also conceptualized it to give work to some colleagues from ABS-CBN who lost their job when the network’s franchise was not renewed.

“But we heard that what Alden desires most to do at the moment is a movie, with hopefully Bea Alonzo as his partner. He apparently become a fan after they shot a shampoo commercial.

“They do look good together,” the kibitzer ended.

Speaking of Direk Cathy, she will soon start work on a new movie starring Liza Soberano and Enrique Gil.

Direk Cathy was also at the helm of the pair’s hit series, “Make It With You,” which, unfortunately, abruptly ended when ABS-CBN lost its franchise. 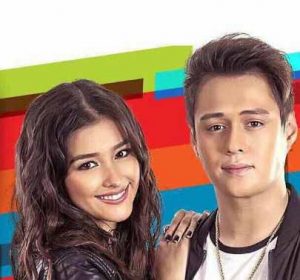 Liza has returned to school and is taking up a course in Psychology.

Her original dream is to become a doctor. Right now, she only wants a college diploma, she said.