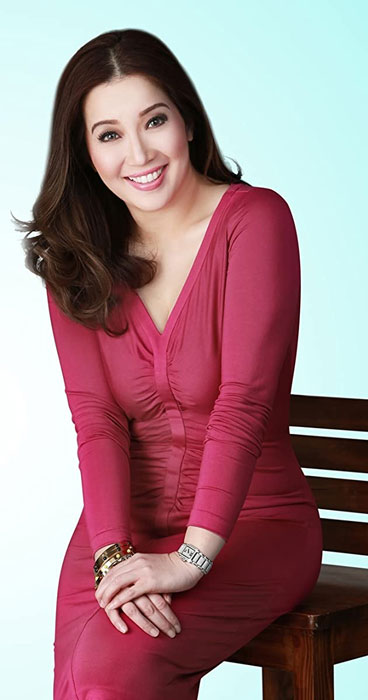 ‘She wrote an emotional post on her social media account relating some bonding moments with her dad when they were living in Boston, USA.’

She was only 12 years old when he was assassinated at the Manila International Airport on August 21, 1983.

She was one year and seven months old when her father was incarcerated during Martial Law.

She wrote an emotional post on her social media account relating some bonding moments with her dad when they were living in Boston, USA.

She said: “God greatly blessed me for that was the only time in my life I experienced what having a dad was really like. My mom told me I was lucky because my dad made time for me to truly get to know him (I was 1 year & 7 months old when he was imprisoned) and he worked hard to win my love- I was the bunso that got the most & the best of him (maybe he had an inkling that we only had 3 years of borrowed time).”

A vivid memory for Kris was waiting in line to see “Star Wars” with her dad.

“I know I’ve shared this story many times, when ‘Return of the Jedi’ had its opening day, my dad patiently waited in line with me (almost 4 hours) so we could watch together. The local news was interviewing those in line & I was 1 of those chosen. My dad was so excited & since that was before cellphones, he left me & went home to tell my mom to please record the local news just in case I was chosen as part of the feature. Maybe even in 1983 they were already conscious about diversity, and my soundbite did air. When we got home, and my dad & I watched the tape, it remains unforgettable for me the look of pride in his face,” she also wrote.

Kris grew up close to her mother, the late President Cory Aquino, and her eldest sister, Ballsy Cruz. Her are other siblings are Pinky Abellada, Viel Dee, and former President Noynoy Aquino.

Sanya Lopez is happy to finally have her dream home.

She shared photos of her new home on her social media account. It is where the Kapuso star marked her birthday last August 9, surrounded by some relatives and household staff and receiving the birthday messages from friends and fans.

Last year, she and brother Jak Roberto showed their house hunting. The siblings talked about how they really want a home of their own.

Had not Senator Bong Revilla got COVID-19, he and Sanya would have started on their GMA series, “Agimat ng Agila.”

Sanya’s brother, Jak, meanwhile, is set to do a project after the lockdown.

Kris Bernal said she is not yet taking the plunge soon.

The actress, who is engaged to businessman Perry Choi, said, “Baka after this year. Baka by then wala ng pandemic. Pine pray ko talaga ito.”

Kris and her fiancé are business partners, too. The couple plan to expand their food businesses once the pandemic is over. Kris is also looking forward to doing a new project on GMA.

Pokwang has started work on her two new shows for TV5, “Fill in the Bank” with Jose Manalo and “Chika BESH” with Ria Atayde and Pauleen Luna-Sotto.

The comedienne has moved on after her contract with ABS-CBN expired and was not renewed by the network.

Pokwang was with ABS-CBN for fifteen years, winning in their comedy show, “Clown in a Million.” Before becoming a Kapamilya, she was an OFW, working in the Middle East and also Japan.

Jessica Sanchez will be a special guest of Martin Nievera in his show on Kapamilya Online Live on September 13.

Jessica is Filipina-Mexican descent and an “American Idol” runner-up in its 11th season.

Martin will also have Johnny Litton (September 20) and Kuh Ledesma (September 27) as guests in “LSS: The Martin Nievera Show,” which airs on the Kapamilya Online Live every Sunday at 5 p.m.

Senator Bong, who is at the St. Luke’s at the Bonifacio Global City, is doing better but is still battling pneumonia.

In an interview with Senator Bong’s son, Cavite Vice Governor Jolo Revilla said they did not think his dad’s condition will grow worse, that was why they decided that it would be best for the senator to quarantine at home.

It was days later that Senator Bong experienced difficulty in breathing that he had to be rushed to the hospital.

Lani and Vice Jolo are thankful to those who continue praying for Senator Bong and their family.

Make your child’s home learning more fun with these exciting...