KRIS Aquino had a recent live chat with her social media fans and it had a million hits, sure proof that a lot of folks are still interested in her.
She reveals she and son Josh and Bimby first stayed in Boracay then moved to Puerto Galera. She says her stay in beachside resorts has improved her health a lot.
“Nakapag-relax kasi ako and rested well in quieter surroundings,” she added. “Kaming tatlo lang nina Josh and Bimby, but we’re okay, isang buong pamilya na kami,”
They were in Puerto Galera in Mindoro when the lockdown was declared and now that it’s been extended once again, they might stay there for some weeks more. As a treat to her fans for Mother’s Day, Kris gave P5,000 each to 10 lucky winners who gave the most meaningful Mother’s Day greeting to their mom. A fan asked her if she’d ever host another talk show again.

‘So, if I’ll never have a TV show again, I’m fine with that as I’ve already had some of the best and most wonderful experiences before. – Kris Aquino’ 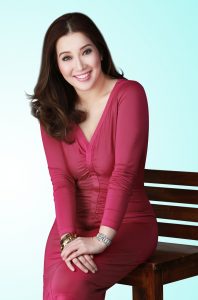 “Hindi ganu’n kadali ‘yun, kasi wala naman akong network of my own. Accepted ko nang there are certain things from the past na hindi na babalik to what it was. So, if I’ll never have a TV show again, I’m fine with that as I’ve already had some of the best and most wonderful experiences before. I’ve realized na life can really be so unpredictable. Hindi mo alam kung anong mangyayari at anong naitadhana para sa’yo.”
But she quickly added that she’s not closing her doors. “If merong dumating na magandang offer, then I’ll be the most grateful person kasi hindi ko na ‘yun ini-expect na mangyayari. So who knows, di ba? Let’s just wait and see what the Lord has in store for me.”
**
Yasmien Kurdi’s fans are urging her to make her only child, Ayesha, join showbiz as they’ve seen her daughter’s videos on the actress’ social media account and YouTube channel. They say that her 7-year old daughter seems so naturally talented in singing, dancing and even acting.
“Talagang bibo at talkative si Ayesha, hindi nahihiya sa harap ng kamera,” Yasmien agreed. “Siya mismo ang nagtatanong sa akin kung ano raw ang gusto ko for her. But I don’t want to impose on her na porke artista ako, mag-artista na rin siya. She’ll decide for herself. I will just support her.”
So how does she and Ayesha pass the time away during this tedious era of the corona lockdown?
“Two months na kaming laging magkakasama, along with her daddy (Rey Soldevilla). He’s a pilot at wala ring flights ngayon. kaya todo ang bonding namin as a family. But siempre, I don’t want Ayesha to waste precious time, so para maging productive, I encourage her to take online classes. May available na free lessons like on art and other subjects, kaya I want to tell other moms na puede rin nilang i-enroll doon ang mga anak nila para hindi masayang ang oras kahit nasa bahay lang.”
She always reminds her daughter to practice cleanliness to prevent being infected by the virus. “Lagi ko siyang sinasabihan to wash her hands. She understands the importance of social distancing at alam niyang it’s for our own good that we stay at home. I explained everything to her at naiintindihan naman niya.”
She admitted to having some anxieties. “Kasi you can’t help but worry. Hanggang kailan ba itong lockdown na ito? My husband and I can’t work. What will happen? As of now, we’re both just waiting for the companies we work for para sabihing we can already resume our jobs.”
But she’s happy that the rights to the last drama series she did, “Beautiful Justice,” has been bought in some Asian and Latin American countries. “I’m glad na kami ng mga kasama ko roong sina Gabbi Garcia at Bea Binene are being seen by audiences abroad at maganda naman daw ang feedback. Sana, mas marami pang ibang bansa na bumili rito so we can have more international exposure.”
**
Janine Gutierrez now lives independently in her own condo but up to now, she still looks up to her mom, Lotlot de Leon, when she needs some important advice.  “She has always been caring and she’s really a source of guidance for me now that I’m living alone. I consult her about cooking, managing the house, things like that. I’m so lucky that she’s always just one call away.”
She always gives credit to her paternal grandma, Pilita Corrales, for being always available for her. In her youtube vlog, she showed her recent Q&A with Pilita called “Ask Mamita Anything.” But it’s Pilita who quickly turned the tables on her and asked her if she feels that Rayver Cruz is really the one for her. Instead of giving a reply, Janine just laughed and made a counter question to her Mamita: “Do you like Rayver?”
Pilita quickly answered: “Yes, I do. I like Rayver very much. I know he comes from a closely knit family. I also met his brother. They’re Catholics and go to church every Sunday. He’s very respectful and I liked him right away. He’s also very nice, very talented. He sings well and is such a wonderful dancer. And I think you’ll make a nice pair together.”
As you can see, Janine’s Mamita certainly sounds like she approves of him for her granddaughter 100% percent.

**
Benjamin Alves is living all alone here in Manila because his family lives in Guam, where he was raised and studied before he came to Manila to join showbiz, first as a model named Vince Saldana. He was later renamed Benjamin Alves when he started his career as an actor in GMA Network.
So in this time of the corona lockdown, it’s his family in Guam that he misses the most. “I miss them, lalo na my mom kasi she’s working in a clinic,” he says. “So lagi kaming nagkukumustahan sa phone or online to find out how we’re doing.”
Aside from this, how has the viral lockdown affected him personally?
“Ayun, nasa bahay lang lagi in my condo, walang ginagawa. Walang trabaho. I think everyone naman has been affected on some level by what’s going on now. And even after the lockdown, we have to make some adjustments to what would be the new normal where you practice social distancing at wala pa ring mass gathering until such time that the antidote to the COVID 19 has been found.”
Benjamin was last seen in the afternoon soap “Dahil sa Pag-ibig” as the philandering husband of Sanya Lopez. He’s supposed to start a new show and do a new movie on the life of Pres. Manuel Quezon but then, the lockdown came and he’s now waiting, like other stars, for tapings and shootings to resume. What realizations has dawned upon him while staying at home?
“First of all, I realized how important our medical frontliners are, like my mom. We must appreciate and not forget all their sacrifices to serve the people, especially those who got sick and infected by the virus. So I personally want to thank them for everything they’ve been doing for us.”
Regarding his love life, Benjamin was linked to singer-actress Julie Anne San Jose two years ago but things went sour between them. His new girlfriend is said to be a model named Chelsea Robato.