‘Rated K lives on. Watch out for what my lean and mean team put up for you this week on the Rated Facebook Page. – Korina Sanchez’

Guess who is eyeing a showbiz career?

The 30-year-old son of former President Joseph Estrada and former actress Laarni Enriquez was offered a number of projects when he was younger.

“Lead kaagad siya,” says a kibitzer. “But Jake’s consistent answer then was ‘I’m not interested’.”

He was determined to finish his studies, as he was enrolled in a university in Singapore.

He did finish and was taking his time to look for a job. In the meantime, he was spending time with Ellie, 8, his daughter with Andi Eigenmann.

“Nawiwili ata sa pagiging ama and he focused his attention to Ellie. His parents, especially his mom, has been supportive,” the kibitzer said, “Now, however, Andi is taking care of Ellie, as she now owns a house in Siargao, which she shared with her partner, professional surfer Philmar Alipayo.

Jake is included in “Coming Home,” produced by his half-brother, former Senator Jinggoy Estrada, who is the film’s lead. 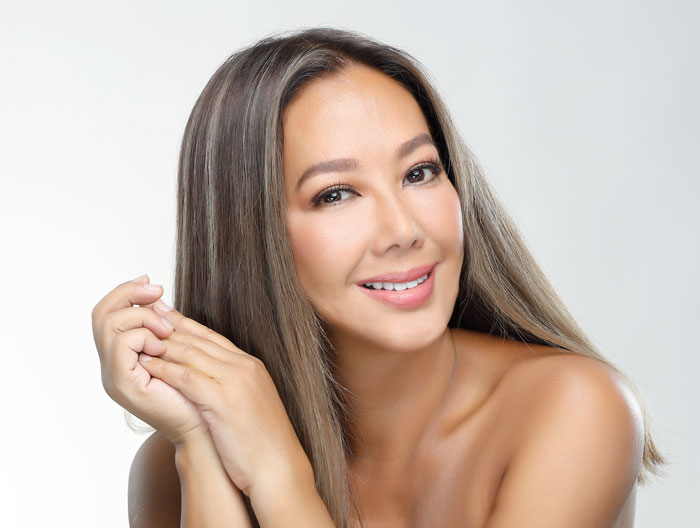 Korina Sanchez has denied that she is jumping ship and switching networks.

What she is doing is putting her show, “Rated K,” on line. She posted about this on her social media account on August 14.

“Yes. Rated K lives on. Watch out for what my lean and mean team put up for you this week on the Rated Facebook Page. We had so much fun shooting this episode. Masaya.

Off cam, Korina remains busy. She just signed up as the endorser of Slender Sips K-llagen Collagen Drink of the top company, Beautiderm. Aside from this, of course, Korina is a wife and mother. She is married to former Senator Mar Roxas and the mom of twins Pepe and Pilar, who are both growing up fast.

Did we hear it right that Senator Mar may again run for office in 2022?

“Lalo sa ABS-CBN. Okay, I’ m still with the top series, ‘FPJ’s Ang Probinsyano.’ At malayo pang magtapos na ito. Although you can never tell din, as it never entered my mind na magtatapos din and gag show na ‘Banana Sundae,’ where I worked for more than five years.”

John confessed that he feels sad every time he hears of co-workers who get their walking papers. And there will be more, as the end of August approaches.

Alden Richards and Maine Mendoza are glad they are back as a team in GMA 7’s “Eat Bulaga.”

And what makes them happier is that their fans appear to still support their team up.

Their “AlDub” loveteam was put in the backburner when Alden and Maine became busy with their individual projects. Alden did a movie with Kathryn Bernardo, the top-grossing

Maine chose to do comedy and is with Vic Sotto in the comedy show, “Daddy’s Gurl,” now on its second year. She has product endorsements, too. Off cam, she is in a serious relationship with actor Arjo Atayde.

In any case, there remains a clamor for Alden and Maine to reunite in a series or a movie.

Janine Gutierrez is sad she will not be able to attend the New York Asian Film Festival, where her movie, “Babae at Baril,” is the opening film.

The film, released in 2019, was an entry in the QCinema International Film Festival. It was directed by Rae Red and also starred Felix Roco, JC Santos and Elijah Canlas.

Janine proudly revealed she is the lead in the film which is all about women empowerment.

The Kapuso actress is currently waiting for her next project. In the meantime, she is active on her YouTube channel where she sometimes feature her family, including her parents, estranged couple Ramon Gutierrez and Lotlot De Leon.

Janine is showbiz “royalty” because her grandmothers are Pilita Corrales and Nora Aunor and her lolo is veteran actor Eddie Gutierrez.

The 30-year-old actress is in a relationship with fellow Kapuso star Rayver Cruz, 31.