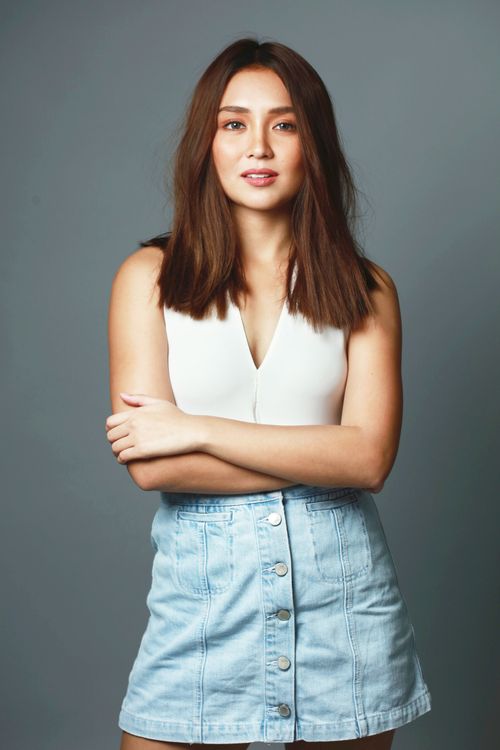 As a fur mom to eleven dogs, actress Kathryn Bernardo is elated that San Miguel Corporation (SMC) is now taking care of the stray dogs that were stranded in the town of Bulakan.

“I’m proud of the San Miguel family for taking care of the dogs that were stranded in Bulacan,” said Bernardo, who aside from being a brand ambassador of the company’s own Nutrichunks brand of dog food, is also an endorser of well-known San Miguel Corporation brands San Miguel Foods’ Magnolia Ice Cream and San Mig Coffee Crema White.

“I’m happy that these dogs were rescued and, hopefully, will be adopted by loving homes.

Thank you, San Miguel,” she added.

After learning that these dogs were left behind, SMC initially sent Nutrichunks dog food to feed the estimated 70 dogs scattered all around at Barangay Taliptip, future site of SMC’s Manila International Airport project.

With the help of Animal Kingdom Foundation, a total of 53 dogs have been rescued since November 16 and transferred to the AKF facility in Capas, Tarlac. Around 20 dogs are set to be rescued in the coming days.

The dogs that were brought to the AKF facility in Tarlac will undergo spaying, neutering, and veterinary treatment before AKF and SMC will start finding new homes for them.

Bernardo earlier thanked SMC, headed by its president and chief operating officer Ramon S. Ang for helping create jobs and business opportunities in Central Luzon with the construction of the Manila International Airport and the Bulacan Airport City Freeport Zone.