KIM Chiu admits she got depressed when folks made fun of her in her “Bawal lumabas” booboo at the LabanKapamilya FB Live Chat.

“I felt really down, as in super down,” she said in her latest live chat. “But we have to move on. Yes, I am back! Your teacher sa classroom. Eme lang! Nagsara muna ako ng puso at isipan ko because of what happened. But when you have a problem, hindi mo dapat tinatambayan ito, kaya doon tayo sa option to move forward.”

Now, Kim is back with a vengeance, turning her hilarious blooper into her favor. She proudly announced that she has recorded a new upbeat song based on her embarrassing experience and guess what the title is: “Bawal Lumabas!” She said that the lyrics of the song were written by Adrian Crisanto, her fan who wrote an open letter to support her amidst all the bashings she got. The melody is by DJ Squammy and let’s see if it will be catchy enough to make it a hit not only to Kim’s fans but also her detractors who bashed her. Its music video is now on YouTube and has the makings of a hit since many people are curious about it.

Max Collins will be giving birth to her and actor Pancho Magno’s firstborn in July and she has decided to give birth at home.

“Ready and excited na kami with home birth delivery kasi nakakatakot kung sa hospital, what with the corona pandemic now going on,” she said is an online interview with her and Pancho. “Bale one month din kaming nag online class on home water birth. What we need is a pool at home. And then, siyempre may iba pang kailangan, but other than that, we found a midwife assisting us at childbirth.”

Are they afraid to have a baby born amidst this worldwide health crisis affecting us all at the moment?

Pancho is part of the new TV series “First Yaya,” with Gabby Concepcion and Marian Rivera, but taping has been stopped due to the corona lockdown. Max is not accepting any acting assignment until their baby is a bit older so she can really focus on taking care of their child for a while.

The baby will be the second grandchild of GMA VP for Drama Redgie Acuna Magno, the mother of Pancho. Her first grandchild is from her daughter who is based in Melbourne, Australia. Max and Pancho’s baby will be a boy. “We have already chosen a name for him but we will reveal it na lang kapag ipinanganak na siya,” Pancho and Max said. 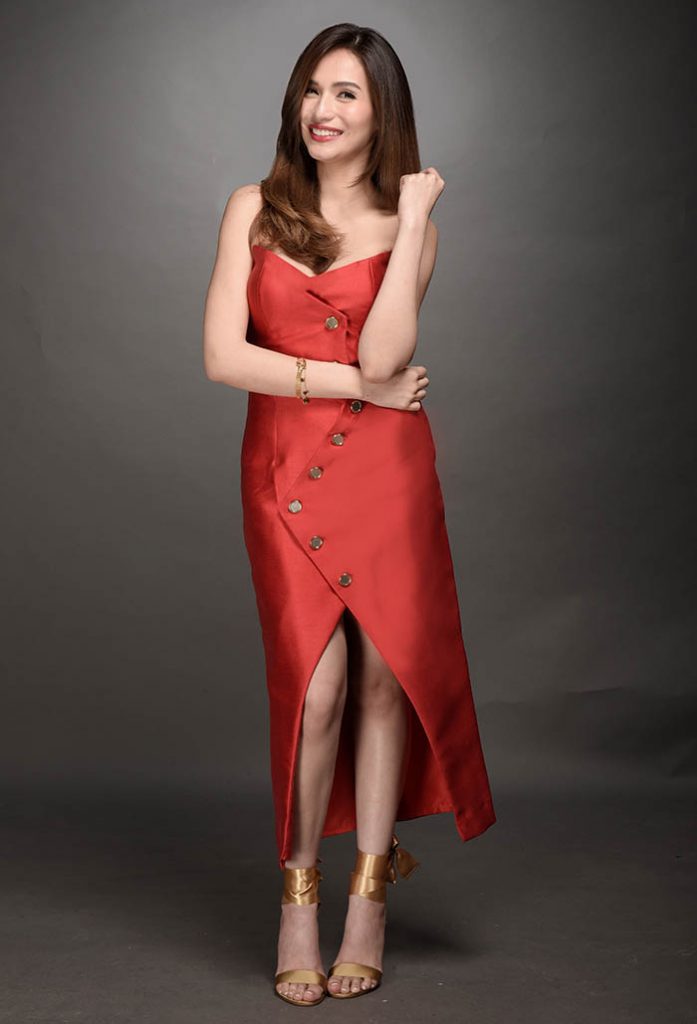 Jennylyn Mercado turned 33 last May 15. Among all the “Starstruck” discoveries, Jen is the most successful. She continues to shine doing lead roles in both the big and small screens. In contrast, the star of her male counterpart as winner in “Starstruck,” Mark Herras, has dimmed considerably.

And now, Jen can also rightfully claim that she’s doing well not only in her career but also in her love life. Her boyfriend Dennis Trillo posted a special video to greet her, along with a song:

“This is it!!! Flex ko lang ‘yung mahal ko, dahil araw niya today. Happy birthday my love. Thank you for everything, for being in my life, for sharing your life with me and for being you, I love you.”

Meanwhile, the Kapamilya Network thanked her for defending ABS-CBN against trolls who maligned them and those supporting them online. In their Kapamilya Online World on Facebook, they sent a thank-you message to Jen with screenshots of her statements defending ABS-CBN.

This is what Jen wrote in her social media account: “With all the negativity that is happening in social media, let us all remember to respect each other. All our opinions are valid. Just because you disagree with the opinion of others doesn’t give you the right to belittle or make fun of anyone. Our enemy is not each other, but the virus.” You know there are no real hot issues in showbiz today as even Kathryn Bernardo’s being bow-legged has now hit the headlines like it’s an issue of national importance.

In her latest vlog on YouTube, Kathryn voiced out her feelings about bashers who make fun of her for being “sakang.”

But someone made her realize that being bowlegged is not really a big thing.

Her fans tell Kathryn that it’s Ferdie Topacio, the lawyer of her rival, Nadine Lustre, who spearheaded the annoying Tweets against Kathryn about #SakangsiKathryn comparing her legs to a pair of pliers that are far apart from each other.

Honestly, though, Kathryn’s fans have more reason to gloat as their idol is the Box Office Queen who starred in the highest-grossing local film of all time, “Hello, Love, Goodbye,” whereas Nadine’s career is down in the doldrums after the two last two movies she did, “Ulan” and “Indak,” proved to be both big flops at the tills last year.