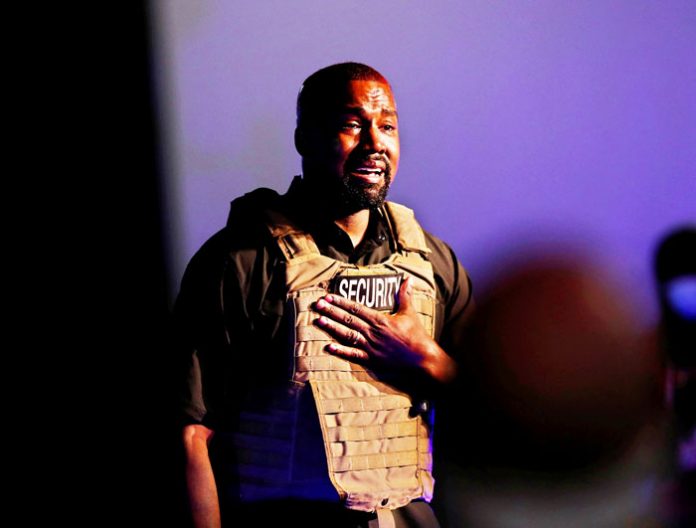 WASHINGTON – Entertainer and Trump supporter Kanye West recently met with White House adviser and the president’s son-in-law Jared Kushner, a source familiar with the meeting said on Wednesday as the entertainer pursues his efforts to appear on the presidential ballot this November.

West appeared to confirm the meeting in a tweet late Tuesday night, saying they discussed a book on empowering Black Americans, and he offered to do a live interview with the Times.

Representatives for West could also not be immediately reached.

A rapper and clothier, West announced his last-minute presidential campaign last month, followed by a series of rambling public remarks that have raised questions about his intentions and his mental health.

West has been open about his struggle with bi-polar disorder, and his wife, Kim Kardashian has asked the public and media to grant him compassion.

West’s appearance as an independent on the ballot could possibly disrupt the race between Trump, a Republican who is seeking re-election, and former Democratic Vice President Joe Biden if he were able to garner any votes in US states where the contest is close.