JETT Pangan found himself singing a familiar song in unfamiliar territory when he had to revive “Salamat” in a tribute video reflecting meaningful connections in the time of COVID-19. 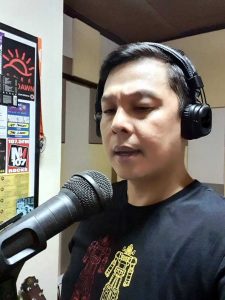 Produced by Smart Communications, The Dawn’s frontman traded the original rock arrangement of the song for a subdued yet moving version of the late ’80s classic.

Jett said singing “Salamat” during this difficult time was at the very least emotional and reminded him of life’s simple constants. “Recording ‘Salamat’ in this context was a lot more emotional. It reminded me of just how important it is to feel support from family and friends in a very trying time even if we’re apart.”

He added, “There was a sense of comfort knowing that even if I’m physically limited to do ‘normal’ things because of the quarantine, I’m still able to take part in sharing a song that can help inspire people to hang in there and look forward to the day that we can go on with our lives without fear.”

The video, now up on YouTube, talks about simple connections that truly matter. This part of technology has been available to us even before ECQ time but we tend to appreciate it more now as we rely more on the internet to reach out to our loved ones and friends.

Aware of the limitations of the current situation, Jett shared, “People seem to view the song as a shout-out to one another, at a time when we can’t hug or even shake hands but nevertheless try to unite in stopping the spread of the virus.”

The singer and stage actor also recalled the first time he recorded “Salamat.” “The main guitar chords within ‘Salamat’ were inspired by another song of The Dawn called ‘I Stand With You.’ It’s a case of one song giving birth to another. When we (The Dawn) created this song, we wanted it to express hope in any situation. Thus, the original lyrics went: ‘Sa lungkot at kaligayahan/Tunay na kaibigan, kasamang maasahan.”

He also recalled that The Dawn intended for the song to serve a bigger purpose: “We hoped it would truly inspire people. Me and my bandmates in The Dawn enjoy creating songs that offer a glimmer of hope because it inspires us to go on living as well.”