The couple, who have two boys, Primo and Leon, are praying for an easy delivery.

Sunday evening, May 31, Gigi de la Riva said his father-in-law, former Senator Ramon Revilla, Sr., had to be rushed to a hospital in Cavite because of difficulty in breathing.

“Please continue praying for his recovery,” she told us. “More than anything else, prayers work wonders.” 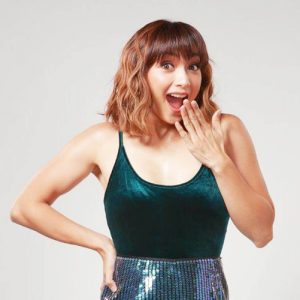 Host-actress Iya Villania and husband Drew Arellano are awaiting the birth of baby number three in a couple of weeks. The couple, who have two boys, Primo and Leon, are praying for an easy delivery.

Her husband, Drew, has several shows, including “Biyahe ni Drew.”

It will be in four or five years before he ties the knot with girlfriend Kathryn Bernardo, said Daniel Padilla.

“Siguro, prepared na ako, lalo financially, to have a family,” he said. “What’s currently happening in showbiz, when not much work come our way, na realize ko how important it is to save.

“Like what my mom (Karla Estrada) always tells me to save for a rainy day.”

Had the lockdown not happen, he and Kathryn would have been preparing for two projects: a movie and a TV series. But as what is happening now, they have no idea when these projects will start. Like all the other Kapamilya talents, the two of them have been busy with online shows.

On May 25, the two marked their eighth anniversary.

Due to the coronavirus, “Descendants of the Sun” actor Rocco Nacino said he also had to deal with anxiety.

The GMA star said he also shares the feeling of uncertaintly many feel in the new normal.

He has tried to maintain his positive attitude in spite of the setbacks and all that is happening. He gets gets support and inspiration from his family and girlfriend. “Ganto na ang nangyayari but what can I do para mag benefit ako.

“You use it to turn something negative into positive,” he also said.

Andrea Brillantes also expected to transfer to her new three-storey home had the lockdown did not happen.

“Kumpleto na naming ang interiors,” she stated. “All of us – my siblings and I – are excited to fix our own rooms.”

Andrea has a kuya and two younger sisters.

The young star was supposed to start work on a new project with the other members of the Gold Squad – Kyle Echarri, Francine Diaz and Seth Fedelin.

It was supposed to be under Dreamscape Entertainment under Deo Endrinal.

Pia Wurtzbach is in love.

The lucky guy is Jeremy Jauncey, a travel editor.

The two grace the cover of a magazine and has been tagged as “the hottest pair in the universe.”

Pia, who was last linked to Marlon Stockinger, has been busy with endorsements and modeling. She was also supposed to appear in a movie with Vhong Navarro. She was looking forward to it, because the movie is a comedy.

Pia appeared with Gerald Anderson in Star Cinema’s “My Perfect You.” It was a challenging role, she said.

“Mabuti na lang mabait si Gerald,” she said. “And we had a good director, Cathy Garcia-Molina.”