Carla Abellana and Tom Rodriguez are spreading good vibes via their respective You Tube channels. Their fans are excited as they share their own experiences about how they maintain their relationship as a loving couple. They seem to be getting along so well. Do they have any disagreements?

“Madalas ngang tinatanong sa amin ‘yan,” said Carla. “Just like other couples, we have our own share of disagreements. Nobody’s perfect but the important thing is how you deal with your source of conflict as a couple.”

They now seem so sure about each other being the right one for them? “Ako, sure ako,” answered Tom. “Siya na talaga.”

KC Concepcion may no longer be active in showbiz but people remain to be much interested in her love life. She earlier announced that she wants to be more serious about affairs of her heart this year and folks keep on linking her to black singer Apl de Ap.

Now, KC is being linked to a good-looking chef named Jordan Andino who is based in the US. This after she posted a video on Instagram Live called Kitchen Collabs where the chef taught her how to cook hamburgers like that of the famous In-n-Out chain.

Her followers quickly point out that Chef Jordan will be a better choice than Apl de Ap as he’s hunky and looks like Piolo Pascual (her ex-BF) and Sam Milby. Chef Jordan said in the video: “People say I look like Sam Milby, but I don’t even know who he is.”

KC laughed and told him. “No, what people are saying is that you’re a mix between Sam Milby and Piolo Pascual. These people are my friends and if I were you, I’d take that as a compliment.”

Chef Jordan was born in Toronto, Canada but he grew up in Manhattan Beach, California.

He learned how to cook when he was 9, from his dad, who’s also a chef. He finished hotel administration at Cornell University. He’s now 31 years old, a couple of years younger than KC.

Janella Salvador made a wise decision when she chose not to answer her ex-personal assistant named Melody who complained about her in “Isumbong Mo Kay Tulfo.”

Melody accused Janella of not paying her wages amounting to P3,600. She also complained she has no SSS or Pag-ibig benefits and she’s only paid P8,000 monthly.

In effect, she also said Janella treated her and other househelps badly as Janella’s food is even different from what they, the househelps, eat. Tulfo’s staff tried to call Janella so she can air her side but she decided not to answer at all on air.

Instead, she posted the following on her social media account:

“Thank you for your sweet messages. I really don’t believe I have to defend myself because trial by media is not the appropriate venue for this.

“If you believe in your own lies and I really violated something, sue me. If you’re gonna twist the story in your desperate attempt to get money from me…sorry huh.

“3.6k is small and I would gladly give it to someone who deserves it. Not worth my time. We are literally still going through a PANDEMIC and our press freedom is in in danger. Next.”

Janella is right not to answer Melody in a radio show. As one of her supporters said: “Pagpipistahan lang kayo ng publiko.” 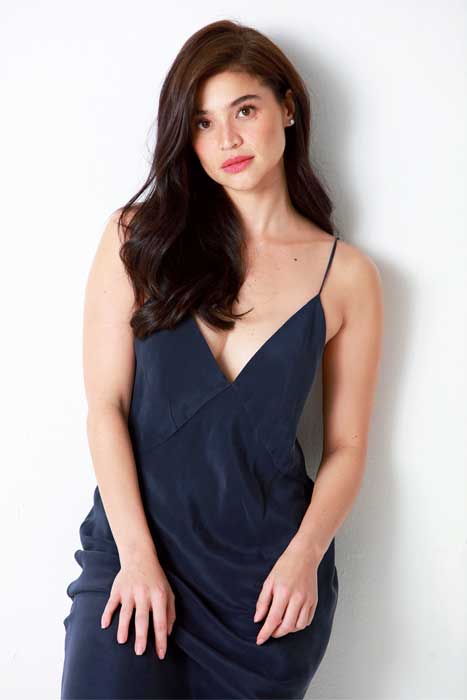 We sympathize with our friends in ABS-CBN now that an act of vengeance in closing them down triumphed when 70 of our congressmen, all allies of the current administration, voted not to renew their license to operate. This happened after 12 public hearings that showed and established that the network has not really violated any legal provision legally.

ABS-CBN is a major entertainment and news provider and it’s obvious that what happened to them is an act of personal vendetta since other networks have committed their own violations but didn’t encounter any problems in renewing their franchise the way ABS-CBN did.

International media watchdogs rightfully condemned the network’s closure as a major blow to press freedom. Human Rights Watch said the lawmakers’ vote was “a grievous assault on press freedom in the country” and the greatest blow to media freedom caused by any government act since then dictator Ferdinand Marcos shut the broadcasting giant and other media outlets after declaring martial law in 1972.

Our heart bleeds for all those who lost their job. The timing is so bad in this time of the pandemic that have already crippled a lot of us. Here are the reactions of various stars about the closure of their network:

From Gary Valenciano: “I may never get used to seeing my dark TV screen when it’s set to ABS-CBN. No amount of bashing and trolling will change the hearts of all those who are committed to be in the service of the Filipino. We will somehow continue to do so.”

From Sharon Cuneta: “Iniisip at inaalala naming artists ng aming tahanan, ang ABS-CBN, ang ilampung-libong empleyadong lumaki nang kasama ko, at ang mga batang bagong empleyado pa lamang ng aming istasyon…You are all in my heart and prayers. We love our HOME. And some people have made us HOMELESS now…May God bless us all.”

From Anne Curtis: “I’m still in disbelief that this is actually happening. It’s so heartbreaking. Nakakalungkot. To my ABS-CBN Family, I stand with you. I pray for brighter days and hearing “in the service of the Filipino” on air again. A big hug sa lahat ng aking KAPAMILYA”

From Ruffa Gutierrez: “I’m crying while watching the news. Just when we thought there was a slight glimmer of hope that we can still somehow continue to provide for our families and others na umaasa sa amin. I’m heartbroken and angry.”