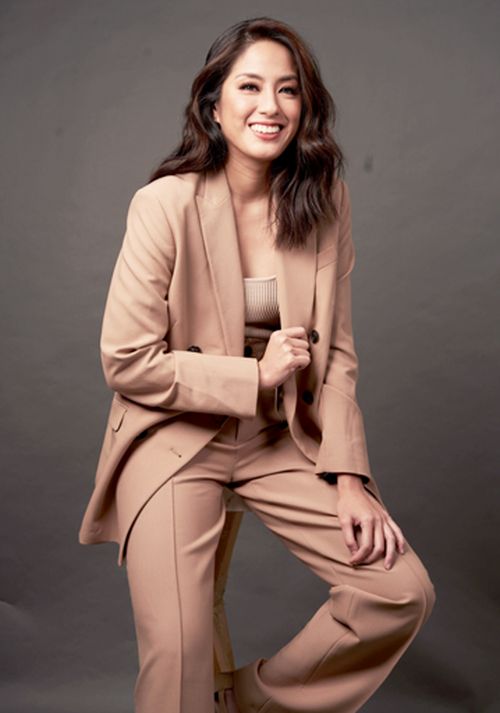 Athlete-host Gretchen Ho is excited to take on more responsibilities and bring her advocacy as host and producer on TV5.

On February 1, she will co-anchor “The Big Story” with Roby Alampay from Monday to Friday at 8 p.m. on One News, where she will be showcasing her versatility as a news presenter. She will also be joining TV5’s primetime newscast “Frontline Pilipinas.” Gretchen also brings a lot of heart and a spirit of giving and service as she produces and stars in “Woman in Action,” the TV counterpart of her current advocacy of the same name, launching on Cignal TV’s One News and One PH soon.

“As we continue to strengthen our image as an innovator and as a network that is open to the best talents in the industry, we know that Gretchen Ho is a perfect fit to embody our vision of reaching out to a wider audience across various platforms,” said Robert P. Galang, CEO and President of Cignal and TV5. “She has noteworthy influence among the youth as a well-known TV personality, and her advocacies have also extended her goodwill to underprivileged Filipinos. We are honored to introduce the multi-talented and multifaceted ‘Woman in Action’ as the newest member of our growing Cignal TV and TV5 family.”

“Woman in Action” was launched in April last year and has become Gretchen’s own brand and online platform. Driven by an active lifestyle of discovery through sports, adventure, and public service, Gretchen represents a new generation of bright young talents who are using their platform to elevate causes bigger than themselves. Her advocacy efforts have helped those struggling to go to work during the height of the lockdown and have opened the public’s consciousness on the benefits of biking in the country through her “Donate A Bike, Save A Job” campaign.

Gretchen promises to continue her advocacy as she takes on newer challenges on TV5.

The #DonateABikeSaveAJob movement has provided more than a thousand bicycles to the most vulnerable during the height of COVID-19 pandemic in the Philippines. Aside from bringing livelihood to people affected by the pandemic, beneficiaries from this campaign also included Typhoon Rolly victims in Cagayan Valley and the metro and coastal areas of Naga, Camarines Sur.