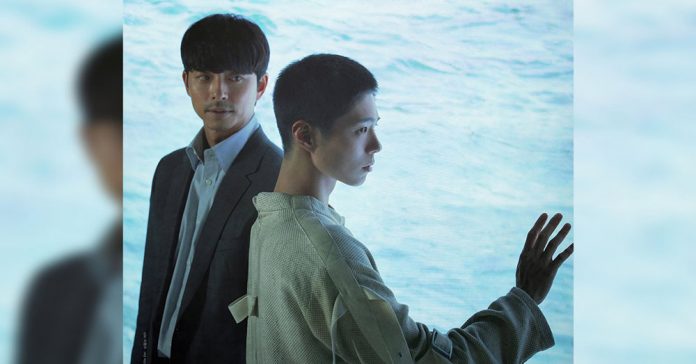 Philippine viewers will get to see K Drama superstars Gong Yoo and Park Bo Gum together for the first time as they star in the highly anticipated Korean sci-fi flick “Seobok,” which will premiere on SKY Pay-Per-View, commercial-free and in high definition, beginning April 15, the same day it will be released in Korea.

But problems arise as several forces try to abduct the human clone to serve their mischievous agenda. As they escape threats from unknown attackers along the way, Seobok is fascinated with the outside world, longing to learn what it feels like living a normal life.

Find out what lies ahead for Ki Heon and Seobok in this one-of-a-kind sci-fi adventure as SKY Pay-Per-View brings home viewers the Philippine premiere of “Seobok,” from April 15 to May 14.

As a special treat to Korean drama lovers and avid moviegoers, SKY offers an early bird discount promo to its PPV passes, now priced at only P200 until April 14. Regular pricing of P250 takes effect the day after.

Alongside “Seobok,” SKY Pay-Per-View offers another summer treat for audiences with the showing of intense Pinoy drama film “General Admission,” starring JC de Vera and Jasmine Curtis-Smith, until April 22 – distributed by CineXpress for only P150.

The film helmed by Jeffrey Hidalgo tackles the story of Katja (Jasmine), a noontime show dancer who experiences a wardrobe malfunction in front of the camera. She and her partner, Carlito (JC), are then stuck in a public media frenzy, which leads to a cold and brutal murder.

SKYcable subscribers can avail of the 48-hour PPV passes of “Seobok” and “General Admission” at mysky.com.ph/skyppv.