HOME to the most internationally-awarded Philippine documentary programs, GMA Public Affairs gave the Philippines new set of recognitions after winning two world medals and scoring the most number of short-listed entries from the Philippines at the prestigious 2020 New York Festivals “World’s Best TV and Films” Competition.

Earning the Silver World Medal in the Best Investigative Report category was the “Babies4Sale.PH” episode of “The Atom Araullo Specials.” The winning documentary hosted by Atom Araullo investigated the alarming baby transactions that became prevalent in social media.

Taking home the Bronze World Medal in the History & Society category was “Brigada’s” “Aeta Squadron/Female Spies.” The said documentary featured the situation of Aeta Squadron 30, whose contribution in defending the country during World War II seemed to be unrecognized as they have yet to receive or enjoy any military pension. “Brigada” is a news magazine program on GMA News TV hosted by Kara David. 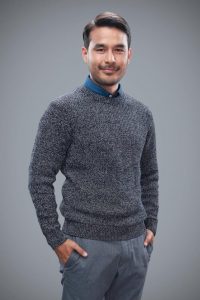 During the 2019 New York Festivals, the “The Atom Araullo Specials” was also conferred a Silver World Medal in the Social Issues category for its “No Leftovers” episode. Meanwhile, “Babies4Sale.PH” won the Best Documentary Programme (one-off) at the Asian Academy Creative Awards, and received a “highly commended” plaque from the Association of International Broadcasters (AIB) Awards held in London last year.

GMA holds the distinction of being the most awarded Philippine organization at the New York Festivals “World’s Best TV and Films” competition. This year, it once again earned the most number of short-listed entries from the country and took home seven finalist certificates.

Completing the list of GMA Network’s finalists this year is GMA Program Support Department’s TV spot for Bonifacio Day which took home a finalist certificate for Best Graphic Design under the Promotion/Open and IDs category.

The awarding ceremonies for this year’s winning entries was previously scheduled on April 21 in Las Vegas but was postponed because of the COVID-19 global pandemic.