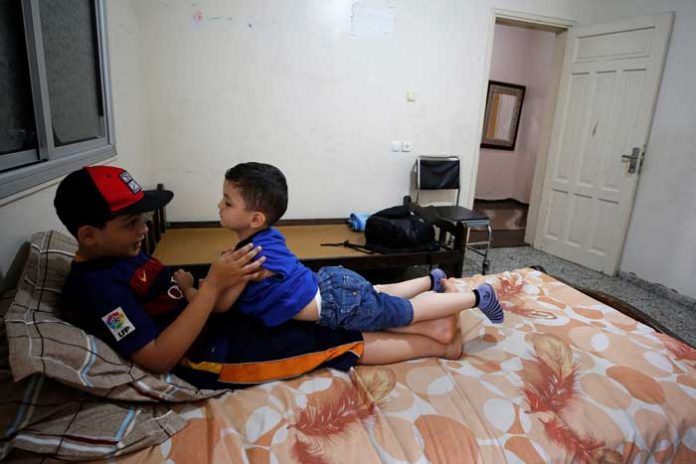 GAZA – Gaza rapper Abdel-Rahman Al-Shantti may only be 11 years old but his rhymes on war and hardship in the Palestinian enclave have reached thousands of people, conveying in English what he calls “a message of peace and humanity”.

A video of Shantti rapping outside of his school in Gaza City, surrounded by classmates wearing matching uniforms, has garnered hundreds of thousands of views on social media and was even shared by the popular British rapper Lowkey.

“I am here to tell you our lives are hard. We got broken streets and bombs in the yard,” go the lyrics of his song “Gaza messenger”, alluding to three devastating wars fought between Israel and Gaza’s Islamist rulers Hamas.

Though Arabic is his first language, Shantti raps in fluent, unaccented English – a skill he says he honed by listening to American rappers including Eminem, Tupac and DJ Khaled.

“I want to be like Eminem – not to copy his style, I have my own style. But he is my favourite rapper, my idol,” he told Reuters in English as he wrote lyrics and composed rap beats through an app on his cellphone.

In another one of his songs, “Peace”, Shantti evokes moments from a war with Israel in 2008-2009. “I was born in Gaza City, and the first thing I heard was a gunshot. In my first breath, I tasted gunpowder,” the lyrics say.

Shantti says he hopes to shine a light on the challenges wrought on Gaza by an Israeli-led blockade, which economists blame for soaring poverty in the coastal territory. Israel cites threats from Hamas for the restrictions.

“My message talks about peace, and I want to convey it to the largest number of people,” he said.

“I want to show (life) in Gaza to the outside.” – Reuters